God calls on us to acknowledge Him through His signs and has made it our responsibility to ponder and reflect in order to recognise Him. Some people are receptive to these signs and see God’s work all around them, while others dismiss everything as random and meaningless. God has placed in every person, a natural inclination to believe, but this innate predisposition to believe can either be nurtured or suppressed.

Importantly, God guides people who are sincere and willing to receive guidance. In other words, those who do not want to believe in God will not be guided. God says,

“God guides to Himself whoever turns to Him.”

This requires objectivity and an unbiased attitude to the possibility of God’s existence, which can be quite confronting and humbling for some people, but without this genuine openness and willingness, no amount of information can make someone believe. In fact, God warns us that those who approach His signs from a position of pride and arrogance will only find justification for their disbelief.

Therefore, we hope that those who are sincere, open minded and genuinely seeking the truth can benefit from this information and that it helps present a new perspective to understanding God.

It is also important to note that due to the significant differences between Islam and Christianity, many criticisms of Christianity simply do not apply to Islam.

The following are three rational reasons for believing in a creator.

1. Beginning of the Universe

The first evidence that points to the existence of a Creator relates to understanding the origin of the universe.
Imagine walking in a desert and finding a watch. We know a watch consists of glass, plastic and metal. Glass comes from sand, plastic from oil, and metal extracted from the ground – all these components are found in the desert. Would you believe that the watch formed itself? That the Sun shone, the wind blew, lightning struck, the oil bubbled to the surface and mixed with the sand and metal, and over millions of years the watch came together by random or natural coincidences?

According to modern science, the universe is finite and has a beginning. Where did the universe ultimately come from? Human experience and simple logic tell us that something that has a beginning does not simply come from nothing, nor can something create itself. We can reason that a higher “being” created the universe. This “being” must be powerful and intelligent as it brought the whole universe into existence and created the ‘laws of science’ which govern it. We can also reason that this “being” is timeless and spaceless, because time, space and matter began at the creation of the universe. All of these attributes make up the basic concept of God, the creator of the universe.

Some may ask, “Who created God?” God, the Creator, is different to His creation. Unlike the universe and the rest of creation, God is eternal, has always existed and has no beginning.

2. Perfection of the Universe

Many features in the universe clearly indicate it to be specially designed to support life, such as the earth’s distance from the sun; the thickness of the earth’s crust; the speed at which the earth revolves; the percentage of oxygen in the atmosphere; and even the earth’s tilt. If these measurements were slightly different to what they currently are, life could not exist.

When we see the order, the precise laws and systems within ourselves and throughout the universe, is it not rational they have an organiser? This ‘organiser’ is again best explained by the existence of God – the one who brought about this order.
It should be noted that Islam encourages scientific research and reflection. The role of science helps us describe the many observed patterns that God places in His creation and appreciate the extent of His power and wisdom. Advances in scientific discoveries, just like any mechanism or process we find in the natural world such as the water cycle or gravity – provides signs of an organiser and designer, not an argument against God.

The third evidence is the actual revelation that has been sent by God to humankind as a sign of His existence.

One of the main purposes of the book of Islam, the Quran, is to invite people to reflect and appreciate God’s creation as a way of believing in Him. Throughout the Quran, God calls our attention to His marvelous designs and complexities in the universe and within ourselves, which are sufficient to indicate that we are a product of design, purpose and intelligence. For example, God says:

“Indeed, in the creation of the heavens and earth, and the alternation of the night and the day, and the great ships which sail through the sea with that which benefits people, and what Allah has sent down from the heavens of rain, giving life thereby to the earth after its lifelessness and dispersing therein every kind of moving creature, and His directing of the winds and the clouds controlled between the heaven and the earth, are signs for a people who use reason.”

Moreover, there are clear signs that the Quran is the word of God.

The most rational explanation for the many unique and miraculous aspects of the Quran is that it can only be from God.

“Why did God create us?”

Everyone would acknowledge that our body parts, such as our eyes, ears, brains and hearts, have a purpose. Wouldn’t it then make sense that the individual, as a whole, also has a purpose? God, the All Wise, did not create us to simply wander aimlessly or to only fulfil our basic instincts and desires. Rather, God describes this life as a test. Every person is being tested as to who will choose to acknowledge God and follow His guidance. God says:

For many, the underlying issue is not really about believing in God, but about the implications of believing in Him. It would mean being held to account and judged for one’s actions, which may be inconvenient for the lives they want to lead. Therefore, the test in this life involves following and humbling ourselves before God in preference to our own desires, pride and ego.

“Why does God need to test us?”

God is not in need of anything – He does not need to create anything and does not need to test anyone. He does not benefit from our belief and is not affected by our disbelief. Rather, it is part of His infinite wisdom that He created us and gave us the opportunity to know Him. God knows the future – the point is, for us to live through and experience our lives and make our own choices.

“Do we really have a choice?”

The fact that God knows our choices does not make it any less voluntary. Although God wants people to believe in Him, He does not force anyone. If God willed, He could guide all of humankind, as He has power over everything. But in His Wisdom, He has created us with the ability to choose and made us accountable for our choices. God is not necessarily pleased with everything that He allows to occur.

“Why doesn’t God just reveal Himself?”

In God’s wisdom, He has chosen to make Himself known through His signs. This is part of the test of this life. He has made it our responsibility to use the abilities He has given us to acknowledge Him. This means that only those who are sincere, humble and reflect deeply will recognise and believe in Him.

“Why is there suffering in the world?”

The fact that different people are tested in different ways through various trials, does not disprove the existence of God nor contradict an all-powerful God. Rather, the good as well as the bad that God permits to occur, constitutes our test on earth. We cannot control what happens to us, but we can control how we react, which is what He judges us on. This world is volatile and temporary, however, the full justice in the hereafter, which is everlasting, will more than compensate for any injustices or misfortunes in this life.

“Why does God punish people?”

No one can disagree with the concept of punishment, which is necessary for justice. God has created us with the ability to choose how we want to live, and in turn, be accountable. Those who sincerely strive to obey God will earn God’s mercy and enter paradise. But those who are careless about their purpose in life and deny God, have ultimately made their own choice and will be held to account. No one can blame God. God did not create people to punish them – rather, He intends ease and mercy for them. The fact that God knows our choices does not make our actions any less voluntary and does not absolve us from responsibility.

Islam is a practical religion that encourages a balance between hope in God’s mercy and fear of His punishment – both of which are required to lead a positive and humble life. God is the Most Merciful but also the Most Just. If there were no day of Judgement, it would contradict the perfect justice of God, and life would be unfair. 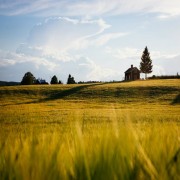 The Man in the Red underpants Chapter 07 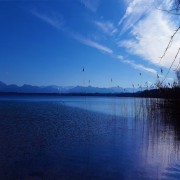 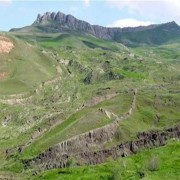 Life without GOD: The implication of atheism (part 2 of 5)