Belief in Divine Decree (part 1 of 2)

· To realize the importance and emphasis laid down by Islam with regards to belief in divine decree (Qadr).

· To learn the first two components that the belief in divine decree entails, i-e Allah’s Foreknowledge is all inclusive and complete and that Allah has recorded everything in the Preserved Tablet.

The divine decree is Allah’s ‘hidden mystery’ whose depths are inaccessible for human beings to fathom.  A Muslim should learn the correct belief regarding the divine decree and stick to the advice of

When the divine decree (Qadr) is mentioned, take to silence

At the same time, we have been given enough information about this subject in order for us to be at peace with it, even if we may not know its intricacies. For this reason, it is a compulsory aspect of faith, and emphasizing the importance of this belief, Ibn Umar, the famous Companion of Prophet Muhammad, once swore and said of those who rejected it, ‘If one of them were to spend gold equal to Mount Uhad in the way of Allah, it will never be accepted by Allah from them, unless they believe in the divine decree.’

Ubada bin Samit, a Companion of the Prophet, was on his death bed when his son visited him and asked,

‘O Father, give me advice so I may hold to it.’

‘Sit down.  O my son, you shall never taste faith, and shall not reach the reality of the knowledge of Allah until you have faith in the divine decree, the good of it and the evil of it.’

‘O my father, how do I know what is the good of the divine decree and the evil of it?’

‘Know that what afflicted you, could never have missed you; and what missed you, could never have afflicted you.  O my son, I heard the Prophet of Allah say that the first thing Allah created was the Pen.  He said to it, ‘Write’.  So it wrote everything that would take place till the Day of Judgment.  O my son, if you die while not believing in this, then you will enter the Fire.’

“I went to Ubayy bin Ka’b and told him that I had some doubts regarding the divine decree, so tell me something so that perchance Allah makes it leave my heart.  He said, ‘If Allah were to punish the inhabitants of the heavens and the earth, He would punish them and He would not be unjust to them; and if He were to show Mercy to them, it would be better for them than their deeds.  And if you were to spend gold the like of Mount Uhad, it will not be accepted by Allah until you had faith in the divine decree.  And know that what afflicted you could never have missed you, and what missed you could never have afflicted you.’”

What is this faith in the divine decree (Qadr) that these great Companions considered as salvation from the Fire?  What exactly does one have to believe in?

(1)  Allah’s Foreknowledge is all inclusive and complete.

(2)  Allah has recorded everything in the Preserved Tablet.

(3)  Allah’s Will always comes to pass, and His Ability is perfect.

(1)    Allah’s Foreknowledge is All Inclusive and Complete

The first necessary component is to believe in Allah’s infallible foreknowledge.  Allah knows what the creatures will do, encompassing everything by His knowledge.  He knows all that exists, in entirety and totality, by virtue of His ancient and eternal foreknowledge.  It is the same to Him whether it is related to His Actions or the acts of His slaves.  He knows their state, obedience and disobedience, sustenance, life span, successes and failures, and all their movements.  Before He created them, and even before He created the heavens and the earth, Allah knew exactly who will enter Paradise and who will abide in Hell.

Truly, nothing is hidden from Allah, in the earth or in the heave

Do you not know that Allah knows all that occurs in heaven and on earth?

Whoever refuses it denies Allah’s perfection, because the opposite of knowledge is either ignorance or forgetfulness.  It would mean Allah would have been mistaken in His foreknowledge of future events; He would no longer be Omniscient.  Both are deficiencies which Allah is free of.  When Pharaoh asked Moses:

“(Pharaoh said:) ‘What about the generations of old?’

(Moses) said: ‘The knowledge thereof is with my Lord, in a Record.  My Lord is neither unaware nor He forgets

Allah is not unaware of the future, nor does He forget anything from the past.

(2)    Allah Has Recorded Everything in the Preserved Tablet

The second necessary component is that Allah has recorded everything that will occur until the Day of Judgment in Al-Lawh Al-Mahfuz (the Preserved Tablet).  The life spans of all human beings are written and the amount of their sustenance apportioned.  Eternal selection and condemnation were written for all humanity before they were created.  Of their own will they went out; of their own will they fell, and because their fall was foreknown, so it was written.

Everything that is created or occurs in the universe is according to what is recorded there.

Do you not know that Allah knows what is in the heaven and earth? Indeed, that is in a Record.  Indeed that, for Allah, is easy

Sometimes the sinful attempt to justify sin by saying, “I committed this sin because it was written.”  The mistake is in his thinking that the mere writing takes away his free will and implies he had no choice in his actions!  The answer to such a person is, “No.  Since you did it, therefore it was written.”  Meaning he was free to choose.  What was written was simply the choice that he would take, made known to Allah by His foreknowledge without denying his free will. 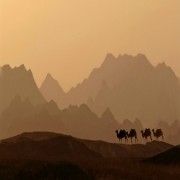 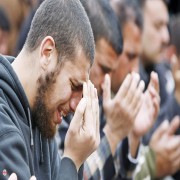 Belief in Divine Decree(part 2 of 2)