If this is the truth, rain down upon us stones from the sky!

In straying from truth instead of praying for guidance, the disbelievers of Quraish defiantly called down damnation upon themselves, preferring it to being guided aright.

Abu Jahl said: “O Allah! If this (the Qur’an) is indeed the truth (revealed) from You, rain down upon us stones from the sky or bring us a painful torment.”

Although they deserved the damnation and punishment they called for, Allah Almighty did not bring it down upon them. He Almighty has given respite as long as the mercy He has sent continues to survive among people, in person during the Prophet’s life, and in principles and practice after his death (the Qur’an and Sunnah).

In the past, the disbelieving nations who rejected their prophets and remained corrupt were totally destroyed. From the time of Prophet Muhammad (pbuh)until the end of this world, humanity is protected from total destruction, even if they are corrupt, and even if they do not believe.

Allah has sent Prophet Muhammad (pbuh) as a mercy for all of humanity, whether they believe or disbelieve. Anyone who believes in him will attain mercy in this life and in the hereafter, whereas people who choose not to believe in him will be saved from suffering the fate of total destruction in this world, as happened in the past to the disbelieving nations of Nuh (Noah (pbuh)), Lut (Lot (pbuh)), and the people of Pharaoh:

(And Nuh’s people, when they denied the messengers We (Allah) drowned them, and We made them as a sign for mankind.)

(We made the highest part (of Sodom) its lowest and rained upon them stones of fire-baked clay.)

(They belied the Signs of their Lord, so We destroyed them for their sins, and We drowned the people of Pharaoh. They were all wrongdoers.)

(Such is the Seizure of your Lord when He seizes the towns while they are doing wrong. Verily, His Seizure is painful and severe.)

They will be saved from this fate out of the Mercifulness of Allah Almighty towards existing humanity. But the pagans of Makkah did not appreciate the magnitude of this mercy, nor were they grateful. Instead, they invoked Allah to hasten their share of punishment.

(They say, “Our Lord, hasten for us our share (of the punishment) before the Day of Reckoning!”) 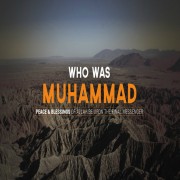