The Signs of God

Throughout people's lives, from childhood until the time they die, signs of the one and only true God are shown to them in all regions of the earth and in their own souls, until it becomes clear that there is only one true God (Allah).

God says in the Qur'an:

"We will show them our signs in the furthest regions (of the earth) and in their own soul, until it becomes clear to them that this is the truth."

The following is an example of God revealing by a sign to one man the error of his idol-worship. In the south-eastern region of the Amazon jungle in Brazil, South America, a primitive tribe erected a new hut to house their main idol Snatch, representing the supreme god of all creation. The following day a young man entered the hut to pay homage to the god, and while he was in prostration to what he had been taught was his Creator and Sustainer, a mangy old flea-ridden dog slunk into the hut. The young man looked up in time to see the dog lift its hind leg and pass urine on the idol. Outraged, the youth chased the dog out of the temple; but when his rage died down he realized that the idol could not be the Lord of the Universe. God must be elsewhere, he concluded. As strange as it may seem, the dog urinating on the idol was a sign from God for that young man. This sign contained the divine message that what he was worshipping was false. It liberated him from slavishly following his traditionally learned worship of a false god. As a result, this man was given a choice: either to seek the true God or to continue in the error of his ways.

Allah mentions Prophet Abraham's quest for God as an example of how those who follow His signs will be rightly guided:

"So also did we show Abraham the power and the Laws of the heavens and the earth that he might (with understanding) have certitude. "When the night covered him over he saw a star. He said: 'This is my Lord.' But when it set, he said, 'I love not those that set.' "When he saw the moon rising in splender, he said: 'This is my Lord.' But when the moon set, he said, 'Unless my Lord guide me, I shall be among those who go astray.' "When he saw the sun rising in splendour, he said: "This is my Lord; this is the greatest (of all).' But when the sun set, he said: 'O my people ! I am indeed free from your (guilt) of giving partners to Allah. For me, I have set my face, firmly and truly, towards Him who created the heavens and the earth, and never shall I give partners to Allah."

As was mentioned earlier, Prophets have been sent to every nation and tribe to support man's natural belief in God and man's in-born inclination to worship Him, as well as to reinforce the divine truth in the daily signs revealed by God. Although much of these prophet's teachings became distorted, portions revealing their God-inspired messages have remained untainted and have served to guide mankind in the choice between right and wrong. The influence of God-inspired messages down through the ages can be seen in the "Ten Commandments" of Judaism's Torah which were later adopted into Christianity's teachings, as well as in the existence of laws against murder, stealing and adultry in most societies throughout the ancient and modern world.

As a result of God's signs to mankind through the ages combined with His revelation through His prophets, all mankind has been given a chance to recognize the one and only true God.

Consequently, every soul will be held accountable for its belief in God and its acceptance of the true religion of God, namely Islam, which means total submission to the will of Allah. 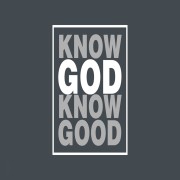 God meets your needs every day, not weekly or annually 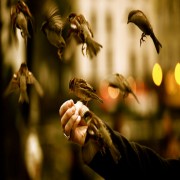 In Allah We Trust: What Tawakkul Really Means