The Unique Chapter That Can Cure You

Welcome to our series “People of Quran” where every night I share with you a story about how our pious predecessors interacted with the Quran.

So since this is our first episode, I know that many people are probably expecting a story from chapter Al-Baqarah, but many times we forget that the first chapter in the Quran is chapter Al-Fatihah, which the Prophet (peace be upon him) used to call “the seven frequently recited verses” because though we recite it in every single rak’ah, this is the first chapter in the Quran.

And there are many different stories and narrations about how chapter Al-Fatihah was brought into the lives of the righteous. But I want to share with you one of my particular favorite hadith to start the series off.

Abu Sa’id Al Khudri said that once a group of companions were traveling and they came across a non-Muslim tribe. And they asked this tribe to host them and this tribe was pretty harsh with them, and they told them that they weren’t going to entertain them or accommodate them. In essence, they told them to be on their way.

So Abu Sa’id said that:

“We felt kind of dejected, we took to the side and we decided we were going to just camp out that night and then we’d move on the next day.”

“Then the chief of that tribe was bitten by a snake. So the people came to us and they said, ‘do you guys have any medicine that can offer some sort of cure for our chief?’

So Abu Sa’id says that:

“We responded and we said to them:

“you guys did not host us, you didn’t entertain us. We’re not going to do anything until you guys pay us.”

Meaning, ‘had you hosted us and took us in, we would have done this for free. But since you rejected us and we have to spend the night away from your tribe and it was a difficult situation then, we’ll do this only if you give us some money.”

“If you do this, then we’ll give you a flock of sheep.”

“One companion went to the chief and started to read “the mother the book” which the Prophet called chapter Al-Fatihah.

So he kept reading chapter Al-Fatihah and he would spit into something and he would rub that spit on the wound, and he kept on doing that until the chief started to feel better, and eventually the chief was completely cured.

So subhanAllah, this is a non Muslim chief! We actually take a ruling here that it’s okay to pray for the well-being of a non-Muslim, to treat a non-Muslim, to try to make them feel better, to give them medicine… this is taken from this hadith.

Abu Sa’id said that after he did that and the chief was cured, obviously they happily went and got a flock of sheep and they gave it to the companions.

But the companions said:

“Look! We appreciate you guys offering this flock of sheep to us now but we’re not going to be able to take it until we go to the Prophet and ask him if it’s permissible.”

“We left them and we went to the Prophet (peace be upon him) and asked him about our situation and the Prophet started to laugh. He said:

How did you know that chapter Al-Fatihah could be used to cure somebody?

Meaning, you know, I never taught you guys that chapter Al-Fatihah could be used as a physical cure.

And the Prophet, while he was laughing and smiling, said:

You can go ahead and take that flock of sheep and assign me a share while you’re at it.

So the Prophet gave them that permission to take that flock of sheep as well.

The entire Quran is a cure, but it’s a spiritual cure. Chapter Al-Fatihah is actually one of the few portions of the Quran that we can actually recite on ourselves when we’re sick, recite it on our children when they are sick, and we hope that Allah would bring about a cure through chapter Al-Fatihah.

So we ask Allah to raise us with chapter Al-Fatihah and to make us people of Quran. 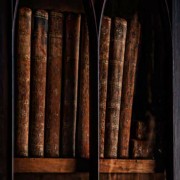 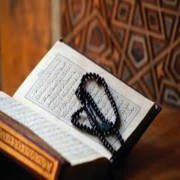 Difference Between Hadith and Quran