Do not make my grave a place of festivity The Prophet ( may the peace and blessings of Allah be upon him ) was keen on contradicting the Jews, the Christians and other people of infidelity and misguidance in their worship and customs, especially those to which they give a religious dye. He used to warn strongly his companions and those who come after them, from entertaining themselves with the games, kinds of amusement and the rituals in which they show their love and glorification to their prophets, and the righteous people during the festivals in partiqular. 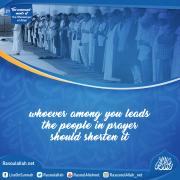 whoever among you leads the people in prayer should shorten it

None amongst you should point a weapon towards his brother 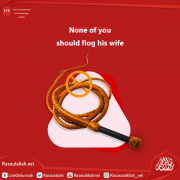 None of you should flog his wife