A Brief Biography of Prophet Muhammad (part 2 of 2): The Madinan Period

· To understand how the first Islamic state was established.

· Hajj - A pilgrimage to Mecca where the pilgrim performs a set of rituals.  The Hajj is one of the five pillars of Islam, which every adult Muslim must undertake at least once in their life if they can afford it and are physically able.

· Umrah - A pilgrimage to the Holy House of Allah in the city of Mecca, Saudi Arabia.   Often referred to as the lesser pilgrimage.  It can be performed at any time of the year.

· Hijrah - the act of migration from one place to another.  In Islam, the Hijrah refers to the Muslims migrating from Mecca to Medina and also marks the beginning of the Islamic calendar.

· Ansar - helpers.  The people of Medina who opened their homes, lives and city to Prophet Muhammad and his followers from Mecca.

The city of Yathrib, more than 200 miles north of Mecca was in need of a strong leader, and a delegation from Yathrib invited Prophet Muhammad to settle with them.  In return, they pledged to worship Allah alone, obey Muhammad and defend him and his followers to the death. With this, Prophet Muhammad, may the mercy and blessings of Allah be upon him, made plans to escape to Yathrib.

The Muslims left in small groups or individually and the Meccans realised the futility of trying to stop them all.  They decided to put their plan to kill Prophet Muhammad into action.  The tribes agreed to act as one and assassinate the Prophet while he was sleeping.  In that way no one person or clan could be blamed thus sparking off a war of vengeance.

The plan was sabotaged by divine intervention; Allah informed His Prophet of the danger and ordered him to secretly leave Mecca and head to the city of Yathrib.  Prophet Muhammad,  may the mercy and blessings of Allah be upon him, and his close friend Abu Bakr left Mecca under the cover of darkness and sought refuge in a cave.  Their flight to Medina is an eventful and inspiring story that will be covered in detail in future lessons, God Willing.  The city of Yathrib was soon to become known as Medina – the city of light, or the illuminated city.  Possibly in recognition of the light the Islamic nation would bring to the world.

When Prophet Muhammad and Abu Bakr finally reached the city of Yathrib there was great celebration.  This journey is known as the Hijrah and marks the beginning of the Islamic calendar.   Many of the inhabitants of Yathrib had already converted to Islam and Prophet Muhammad paired the men of Medina with men who had travelled from Mecca in a bond of brotherhood.  This was a perfect example of the great Islamic code, recognising every Muslim as one’s own brother or sister, being put into practice.  Whatever the Muslims of Medina had, they shared it happily with the immigrants, the people of Mecca.

During the second year of the Hijrah, Prophet Muhammad drew up the document known as the Constitution of Medina.  It defined the relationships between the various groups in the first Islamic community by integrating tribal groups and various social and economic classes.  It was a document imbued with the Islamic concepts of social justice and religious tolerance.  In that same year the direction of daily prayers was changed by divine order from Jerusalem to Mecca, thus marking Islam as a monotheistic religion quite distinct from Judaism and Christianity.

A few Medinan families and some prominent figures held back, but gradually all the Arabs of Medina embraced Islam.  Nevertheless, tribal and religious divisions remained.  As Prophet Muhammad, may the mercy and blessings of Allah be upon him, integrated the new Islamic community (the Muhajiroon and the Ansar) the enmity between Medina’s Jewish community and the newly founded Islamic order grew, so too did the enmity between the Meccans and the Muslims.  However Prophet Muhammad did not want to march against either group until permission from Allah was granted.

When the Muhajiroon migrated from Mecca to Madina, many of them were forced to abandon their homes and their properties were confiscated.  The chiefs of Mecca used the confiscated money in trade and business.  In 624 CE, Muslims came to know of a trade caravan belonging to the Meccan chiefs which would pass through a trade route close to Madina.  Prophet Muhammad called upon the Muslims  to take the caravan in return for their wealth that was confiscated in Mecca.   This led to a decisive battle at a place called Badr where an army of 1000 Meccans fought against an ill-equipped and a much smaller force of 313 Muslims.  The Battle of Badr was a very significant event in Islamic history.  The Muslims achieved a remarkable victory; however nine of the Prophet’s closest companions were killed.  Although seemingly an insignificant attack in a faraway desert, the battle changed world history.

The Meccans however, did not give up their quest to destroy the Islamic community and  in 625 CE they dispatched an army of 3,000 men; this force met the Muslims near the Uhud Mountain close to Medina.  The Muslims had some success early in the engagement, but during the battle many of Prophet Muhammad’s followers fled thinking that the Prophet had fallen.  This turned out to be untrue, although wounded, Prophet Muhammad was protected and led to safety, however a number of eminent Muslims lost their lives in the Battle of Uhud.

The Jews of Medina, who had been banished to the town of Khaybar after Uhud, urged the Quraish to continue the battle against the Medinan community.  An army of 10,000 men marched on Medina but were thwarted by the ditch the Muslims dug around the city.  Unable to cross the ditch, the Meccan army laid siege to the city without success.  The invading army gradually began to disperse, leaving the Muslims victorious in the Battle of the Ditch.

In 628 CE, when the Islamic community had become more established, Prophet Muhammad led a large entourage and many animals meant for sacrifice, to Mecca intending to perform Umrah.  Since a contingent of Meccans blocked his way to Mecca, he camped at a place called Al-Ḥudaybiyah and sent a companion to discuss a peaceful visit.  Whilst waiting for the outcome of negotiations Prophet Muhammad assembled his followers and had them swear an oath of allegiance to follow him under all conditions unto death.  The companion returned with a party of Meccan leaders and a compromise and a ten-year truce was established, later to be known as the Treaty of Hudaybiyah.

This treaty recognized the Muslims as a new force in Arabia and gave them freedom to move unharmed throughout Arabia.  The Meccans breached the treaty one year later but by then the balance of power had shifted.  In early 630, the Muslims marched on Mecca and were joined by tribe after tribe along the way.  They entered Mecca without bloodshed and recriminations.  Prophet Muhammad, may the mercy and blessings of Allah be upon him, forgave the wrongs committed against the Muslim society and the Meccans, began to join the Islamic nation.  This became known as the Conquest of Mecca.

In 632 CE, Prophet Muhammad made his first and only Islamic Hajj.  At this time, on his journey to Mecca he gave his celebrated Farewell Sermon and the last verses of the Quran were revealed, thus completing the sacred book.

“…on this day have I perfected for you your religion and fulfilled My favour unto you, and chosen Islam for you as your religion…”

Later in that year Prophet Muhammad suffered from a high fever, and passed away in 632 CE.  His death shocked the fledgling Islamic nation and his grief-stricken family and friends buried their beloved Prophet in the home of his wife Aisha, may God be pleased with her.

Within one hundred years of his death, Prophet Muhammad’s legacy, the establishment of a new religion and a new order, spread from the Atlantic to the China Sea and from France to India.  Prophet Muhammad, may the mercy and blessings of Allah be upon him, was a reformer, a politician, a military leader, a lawgiver, and a revolutionary.  This humble, kind and tolerant man brought about a social revolution and established a religion that today has more than 1.5 billion followers. 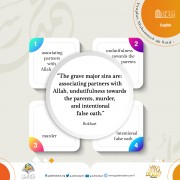 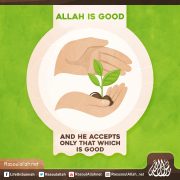 Allah is good and He accepts only that which is good