Obviously, Muslims and non-Muslims are following very different paths. A Muslim’s life revolves entirely around the proper belief in God. A Muslim’s attitude toward others is likewise determined by the other’s attitude toward God. A Muslim could not possibly feel complete affinity and love toward someone who has turned his back on God, refuses to submit to God or ridicule belief in God. It is simply not natural for there to be complete love between two such people.[1] However, even given this possible negative feeling in the heart, a Muslim must deal with non-Muslims on the basis of just principles. This applies to all non-Muslims—many non-Muslims are not antagonistic at all toward Muslims while others exhibit clear and unequivocal scorn and hatred toward Muslims.[2]

One of the basic principles of behavior toward non-belligerent, non-Muslims is found in the following verse of the Quran:

“Allah forbids you not to deal justly and kindly with those who fought not against you on account of religion and drove you not out from your homes. Verily, Allah loves those who deal with equity”

Additionally, a Muslim has very clear responsibilities towards non-Muslims.

“Perhaps, you, would kill yourself (O Muhammad) in grief, over their footsteps (for their turning away from you), because they believe not in this narration (the Quran)”

This is truly the greatest and best good deed that one could do toward his fellow citizen.

A second obligation toward disbelievers is proper and just treatment. This is described by Shaikh ibn Baaz who said, “[the Muslim] may not wrong the other person with respect to his life, wealth or honor, if the non-Muslim is a citizen of the Islamic state or has attained other protection. He must fulfill the other’s rights. He may not wrong him with respect to his wealth by stealing from him, deceiving him or cheating him. He cannot harm him in his body by beating or killing him. His protection from the state guarantees his safety from such things.”[5]

A Muslim can interact with non-Muslims, buying, selling or renting from them, for example.[6] Even on a social level, there can be interaction, such as coming together for meals and the like. However, such interactions are, by nature, going to be limited. The different views of reality between a Muslim and a non-Muslim easily leads to disagreements. On a religious level, there is definitely going to be a feeling of discontent or disappointment with people of other faiths.[7]

However, in addition, the differences in a Muslim’s outlook and actions are going to prevent him from truly participating and being close friends with non-Muslims. A Muslim, for example, does not drink alcohol and does not wish to be around people when they are drinking alcohol, not to speak of drugs and other activities. A Muslim must be very restrictive and cautious in his or her interaction with the opposite sex, which creates barriers for social interaction. Even among members of the same sex, a Muslim does not engage in inappropriate speech about members of the opposite sex, a very common practice in social settings these days. Perhaps one could say that the Muslim’s ultimate goal in his relations with non-Muslims is to bring them to Islam, thereby opening the door for there to be a complete relationship of love and brotherhood between them. Even if the non-Muslim is antagonistic and impolite, the Muslim knows that he should repel his evil with goodness.

“The good deed and the evil deed cannot be equal. Repel [the evil] with [a deed] that is better. [If you do that] then verily he, between whom and you there was enmity, (will become) as though he was a close friend”

In sum, as ibn Baaz wrote,

It is obligatory upon Muslims to deal with disbelievers in an Islamic fashion with proper behavior, as long as they are not fighting the Muslims. One must fulfill one’s trusts to them, must not deceive them, must not betray them or lie to them. If there is a discussion or debate between them, one must argue with them in the best manner and be just with them in the dispute. This is in obedience to Allah’s command, “And argue not with the People of the Scriptures (Jews and Christians) unless it be in a way that is better, except with such of them as do wrong” (29:46). It is sanctioned for the Muslim to invite them to the good, to advise them and to be patient with them at the same time being neighborly and polite with them. This is so because Allah has stated, “Invite to the way of your Lord with wisdom (of the Quran) and fair preaching, and argue with them in a way that is better” (16:125). Allah has also said, “Speak good to people” (2:83).[8]

Finally, a Muslim may even give charity to non-Muslims. The Permanent Committee of Islamic Research (Riyadh, Saudi Arabia) has stated,

It is permissible for a Muslim to assist his non-Muslim neighbor by giving him some meat from his sacrificed animal… It is allowed for us to give food to the disbelievers living under the Islamic state and wayfarers from the meat of the sacrificed animal.  It is allowed to give to them on the basis of their poverty, blood relation, being a neighbor or to soften their hearts… However, one should not give such meet to a harbi (someone who is fighting against the Muslim state) because in their case, the obligation is to suppress and weaken them and not assist or strengthen them with charity.  In fact, that is the ruling with respect to all forms of voluntary charity, based on the generality of the verse in the Quran,

“Allah forbids you not to deal justly and kindly with those who fought not against you on account of religion and drove you not out from your homes. Verily, Allah loves those who deal with equity”

Furthermore, the Prophet (peace be upon him) ordered Asma bint Abu Bakr (may Allah be pleased with her) to help her mother out with money although she was a polytheist.[9] 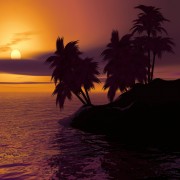 How to make Ablution 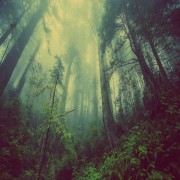