· To learn the importance of childrearing.

· To learn the basic rights of children on their parents.

· To learn the process of how marriage ends in Islam.

· To learn the Islamic concept of ‘waiting period.’

· Talaq - divorce initiated by a man.

· Khul’ - termination of marriage initiated by a woman.

· Idda - waiting period for a widow or divorcée.

Marital bond helps solidify a family unit in which children will be cared for and raised to become socially productive adults.  Families are the proper setting in which children are cared for and raised.  Parents can be counted on to provide long-term care for their dependent children because of the dual imperatives of love and obligation.  Childbearing is viewed as Allah’s blessing, a ‘sign’ from Him that deserves our gratitude:

“And Allah has made wives for you from among yourselves, and has given you sons and daughters from your wives, and has provided you with good things.  Will they then believe in falsehood and deny the favor of Allah?”

Wealth and children are from the ‘adornments’ of this life:

“Wealth and children are an ornament of the life of the world.”

Abraham, the beloved slave of God, prayed to Allah for offspring:

“My Lord, grant me (a child) from among the righteous.”

“Bestow upon me, out of Your grace, the gift of a successor.”

The Quran tells us of the prayer of the righteous:

“Our Lord!  Grant unto us wives and offspring who will be the comfort of our eyes.”

Thus, children are the product of marriage and childbearing is a major goal of Muslim marriage.  Children have certain rights over their parents.  First, the child must be ascribed to the biological father.  A father can not deny his child.  Second, a mother should breastfeed her child.  If she cannot, the father has to arrange for a wet nurse or another alternative, such as bottle feeding.  Third, a baby has the right on his mother that she takes care of him.  Both parents are responsible for education, religious instruction, and imparting good manners to the children.  Fourth, a child has the right to be treated equitably like the other children.  Fifth, the child has a right to be given a good name.

Both husband and wife are encouraged to deal with each other kindly and render the rights of the other to reduce conflict and sow love and affection in each other’s heart.  They should be patient with each other to preserve their marriage:

“And live with them in kindness.  Then if you hate them, it may be that you dislike a thing while Allah has placed abundant good in it.”

Marriage is meant to last a lifetime.  There is no concept of temporary marriage in Islam.  The basis of long, lasting marriage should be affection and compatibility between spouses without which it becomes impossible.  This is why Islam encourages both spouses to be kind and flexible, and try to resolve their differences through family arbitration.  Modern marriages are always at risk of disruption because of a mismatch of personalities or the social forces at work that render them fragile.  In case all measures to save a marriage fail, and affection is replaced by permanent animosity making marital life impossible, Islam permits separation as a last resort.  Both spouses are allowed to go their own way and find a better and happier solution.  The separation can take place through talaq or khul’.

Talaq is what is commonly known as divorce.  Divorce in Islam is different in some respects from civil divorce.  It is of two types, revocable and irrevocable.  Divorce should be pronounced one time after a woman has cleaned herself from the monthly cycle before resuming sexual relations with her.  In this period he pronounces the divorce by saying once, ‘I divorce you.’  After divorce a ‘waiting period’ - Idda - is prescribed in which the husband might rethink his decision, revoke his divorce, and ‘resume’ marital relationship.  Separation from his wife partner might back the better memories of married life and encourage him to reconsider.  Likewise, arbitration from members of both families is also prescribed to resolve the root cause of marital conflict.

“And if you fear a breach between the two, appoint (two) arbiters, one from his family, and the other from hers; if they wish for peace.”

A woman has the right to ask for divorce due to mistreatment or lack of financial support and, in an Islamic system, she may resort to a Muslim judge who can separate the two.  Khul’ is a woman seeking divorce from her husband in lieu of returning the ‘bridal gift’ to him.

Prophet Muhammad, may the mercy and blessings of Allah be upon him, deemed divorce in any case to be the worst of solutions, to be avoided at almost any cost.  If one must divorce, the process should be carried out over a period of time known as Idda.  This is both to make sure that the woman is not pregnant and, gives the man a chance to reconsider his decision, to avoid the possibility of severing a marriage because of the anger of the moment.  Idda is the period of three menstrual cycles a woman has to wait before the divorce becomes final.  The idda for a widow is four months and ten days.

Idda and family arbitration are two of the mechanisms within the Islamic Law to preserve the institution of marriage. 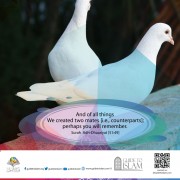 The Cohesive Nature of the Family (part 3 of 4): Mutual Rights of the Spouses 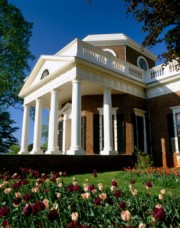