Belief in the Angels

The second article of faith mentioned by the Prophet (peace be upon him) was belief in the angels. Angels are a type of creation of Allah that is, in general, unseen by man. They have been created from light but they do have forms and bodies. They are servants of Allah and have no aspect of divinity to them whatsoever. They submit to His command completely and never stray from fulfilling His orders.

According to ibn Uthaimeen, proper belief in the angels comprises four matters:[2]

First, one must believe in their existence.

Third, one must believe in their attributes as stated in the Quran or Sunnah. For example, it is stated in a hadith that the Prophet (peace be upon him) saw the Angel Gabriel covering the horizon and he had six hundred wings. This shows that this species of creation is a truly great and marvelous creation of Allah. It is also demonstrated, such as in this hadith currently being discussed, that an angel can appear in different forms, such as in the form of a human. This also demonstrates Allah’s great power and ability to do whatever He wills.

Fourth, one must believe in the actions that they perform as mentioned in the Quran or authentic hadith. It is stated in the Quran that they worship Allah and glorify Him. It is also indicated that specific angels have been given specific responsibilities. Jibreel is in charge of the “life of the heart” which is a reference to the revelation that has come from Allah. Israafeel is responsible for blowing the trumpet that will resurrect the bodies on the Day of Judgment. Hence, he is related to the reviving of life on the Day of Resurrection. Mikaaeel is responsible for the rain and vegetation. These are the “sources” of life on earth. Ibn Uthaimeen points out that it is perhaps the relationship between these three angels and their “life-giving” responsibilities that led the Prophet (peace be upon him) to open his late-night prayers with the following supplication, JibreelMikaaeelIsraafeel, the Originator of the Heavens and the Earth, the Knower of the Unseen and Witnessed, You judge between Your slaves in that wherein they differ, guide me to the truth in the matters concerning which they have differed, by Your Leave. You guide whom You will to the Straight Path.”[3]

A fifth matter that one must fulfill in his belief in the angels is to have a strong love for them due to their obedience and worship of Allah. Furthermore, they declare the Oneness of Allah and fulfill His commands. They also have strong love and loyalty for the true believers in Allah. They pray to Allah on behalf of the believers and ask Allah to forgive them. They support them in both this life and the Hereafter.

An important aspect related to belief in the angels is that everyone must believe that he has with him at all times two angels that are recording his deeds. The following verses are in reference to those angels:

[Remember] that the two receivers [recording angels] receive [him], one sitting on the right and one on the left. Not a word does he utter, but there is a watcher by him ready [to record it]

There are many beneficial results that flow from a proper belief in angels. For example, knowing about the angels allows one to recognize the greatness of Allah and His Power. This great creation known as angels is an indication of the greatness of their Creator. Additionally, one should thank Allah for His extreme care and concern for humans. He has created these creatures to support the believers, protect them, record their deeds and other aspects which are beneficial to the believers.

However, a believer’s belief in the angels goes much beyond that. The believer knows that the angels are noble creatures who support and aid whatever is true and just. Therefore, whenever the believer decides to perform a good deed, stand up for the truth and sacrifice for what is right, he knows that there are creatures in this world who are going to support him and help him in his cause, like the angels supported and helped the believers in the time of the Prophet (peace and blessings of Allah be upon him). In fact, such is promised from Allah, as the following verses from soorah ali-Imraan indicate:

“Allah had helped you at Badr, when you were a contemptible little force; then fear Allah. Thus may you show your gratitude. Remember when you said to the believers, ‘Is it not enough for you that Allah should help you with three thousand angels (specially) sent down? Indeed, if ye remain firm, and act aright, even if the enemy should rush here on you in hot haste, your Lord would help you with five thousand angels making a terrific onslaught

He it is Who sends blessings on you, as do His angels, that He may bring you out from the depths of darkness into light: and He is full of mercy to the believers 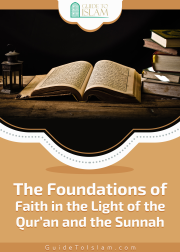 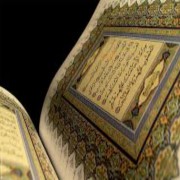