Belief in the Day of Judgment

·To learn what the belief in life after death entails.

·To learn some of the major events that will take place on the Day of Judgement.

·To learn about the types of intercession that will be granted on that Day.

·To understand the nature of Paradise and Hell.

Simply stated, there will be a Day when God will resurrect and gather the first and the last of His creation and judge everyone justly. People will enter their final abode, Hell or Paradise.

(A) Belief in Events of the Grave

Muslims believe that after a person dies, the second, intermediate phase of life begins. Many events will take place in this new “world.”

One of the first events is the “trial” of the grave - everyone will be questioned by angels about their religion, prophet, and Lord.

Second, a Muslim should also believe in the punishment and the bliss of the grave. Basically a Muslim must believe in the details of the events that will take place in the grave as they have come in the Qur’an and Sunnah.

(B) Events of the Day of Judgment

After the duration of this earth is over, Allah will command a great angel named Israfeel to blow the Trumpet. At the first blowing, all the inhabitants of the heavens and the earth will fall unconscious, except those spared by God. The earth will be flattened and the mountains turned into dust.

The skies will rain for forty days, people will be resurrected into their original bodies from their graves, thereby entering the third and final phase of life.

Israfeel will blow the Trumpet for the second time upon which people will rise up from their graves, alive. The disbelievers and the hypocrites will be caught by surprise and regret, whereas the believers will find it exactly as they were told.

The angels will drive all human beings naked, uncircumcised, and bare-footed to the Great Plain of Gathering called Hashr. The first one to be dressed on that Day will be Abraham. At the Great Plain of Gathering, a re-created sun will shine close to their heads, and they will sweat according to their deeds. Some people will be sheltered under the shade of God’s Magnificent Throne.

When the conditions will become unbearable, people will request God to allow the Prophets and the Messengers to intercede on their behalf to save them from distress. All prophets will excuse themselves, until Prophet Muhammad, may the mercy and blessings of Allah be upon him, will be allowed to intercede and thus Judgment will begin.

Then Allah will judge His creation. They will be reminded and informed of their good and evil deeds. The faithful will acknowledge their sins and be forgiven. The disbelievers will have no good deeds to declare because an unbeliever is rewarded for his good deeds in this life. Some scholars are of the opinion that the punishment of an unbeliever may be reduced in lieu of his good deeds, except the punishment of the great sin of disbelief.

Every prophet will have a pond, but the Pond of our Prophet will be the largest, sweetest, and with the largest number of visitors. Its water will be sweeter than honey and whiter than milk; its utensils will be as numerous as the stars; and anyone who quenches his thirst once from it will never thirst again.

The Siraat is a real bridge that will be established over Hell extending between Paradise and the Fire. Anyone who is steadfast on God’s religion in this life will find it easy to pass it. It will be thinner than a hair and sharper than a sword! People will pass over it as fast as the blinking of an eye, lightening, wind, fast moving horses, running camels, or at a normal walking pace. Some will barely crawl over it. They will be grabbed by iron hooks and thrust into the Fire. The one who crosses the Siraat will get into Paradise.

Those who cross it will be assembled at a place between Paradise and Hell. They will get their mutual debts settled and then allowed to enter Paradise.

(C) Intercession Granted to the Prophets & the Righteous

b) It will be allowed only to those He will be pleased with.

Three forms of intercession are special for the Prophet:

1)    The Prophet will make the first intercession, called the Greatest Intercession, at the Great Plain of Gathering to get the Judgment started.

2)    The second will be to gain permission for the people of Paradise to enter it.

3)    He will be allowed to intercede on behalf of some pagans to get their punishment reduced in Hell.

(i)   those who will never enter Hell although they deserved it, and

(ii)  those who will enter Hell, but will be taken out of it.

Finally, the Most Merciful Lord will take some people out of Hell Fire by His infinite Bounty.

After everyone has entered Paradise, there will still be some place left in it. Allah will create a special creation and enter them into Paradise.

Both are real, exist presently, and will continue to exist forever. The bliss of the people of Paradise shall never end and the punishment of unbelievers condemned to Hell shall never cease.

Paradise will have everything a person will desire. All wishes will be met. Palaces, servants, riches, streams of milk and honey, pleasant fragrances, soothing voices, pure partners for intimacy; a person will never get bored or have enough! The greatest bliss will be to see their Lord of which the unbelievers will be deprived.

Hell will be a place of punishment for unbelievers and purification for sinful believers. It will have many different types of torture and punishment: burning by fire, boiling water to drink, scalding food to eat, chains, and choking columns of fire. For unbelievers it will never end as they will stay in it forever. Sinful believers sent to it will be eventually taken out of Hell by one of intercessions mentioned above.

Good people may have your ticket to Jannah 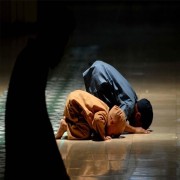 The purpose of creation

Why life after death is meaningful?