Did you know that they celebrities were Muslim? They have dedicated to their faith and share it with their fans. Many are born Muslim while other has converted to the faith. Do you know how many of those celebs actually converted to Islam at some point in their life? Check out some celebs that you may be surprised to learn have converted to Islam.

Many celebrities have converted to Islam and are now practicing Muslims, including several that you may be surprised about. Here are some of the most famous Muslim celebrities in the world today, as well as a few from the recent past.

Comedian Dave Chappelle rose to fame in the 1990s, but it wasn’t until a few years later when his status really skyrocketed with Chappelle’s Show. That success came after he converted to Islam in 1998.

Shaquille has a complicated religious background. Though his mother was a Baptist, his stepfather, who he thought of as his real father, was a Muslim. He has regularly identified himself as a Muslim, although he has also said that he can relate to several religions instead of just one.

It’s a little bit difficult to keep up with the changes of Snoop’s life. From Snoop Doggy Dogg to Snoop Dogg to Snoop Lion and back to Snoop Dogg again, he has changed his name more times than most can remember. He has also changed religions a few times, settling on Islam in 2009.

Depending on your musical tastes, you may know Mos Def as a rapper or remember him better from his screen appearances. He has acted in such films as The Italian Job and 16 Blocks. He studied Islam as a teen and became a Muslim at 19 years old.

British singer and songwriter Zayn Malik is best known as one of the members of One Direction, though he has since split with the group and embarked upon a successful solo career. Malik is a Muslim and once deleted his Twitter account due to the volume of anti-Muslim hate messages he was receiving.

Shawn Daivari is a professional wrestler who competed as Daivari in World Wrestling Entertainment and Sheik Abdul Bashir in Total Nonstop Action Wrestling. The son of Iranian parents who immigrated to the US in the 1970s, Daivari is a Muslim.

Most people know that the man known by many as the greatest boxer of all time was born as Cassius Clay. In the 1960s, he converted to Islam and changed his name to Muhammad Ali. His faith even kept him from fighting in Vietnam, which in turn led to the loss of some of the best years of his career as he was barred from the ring.

Big Daddy Kane was an extremely successful rapper in the 1980s and 90s and is considered a legend in hip hop music. Kane also identifies as Muslim and is a member of the 5% Nation, a controversial Muslim sect that has also been associated with black nationalism.

Believe it or not, Janet was actually raised as a Jehovah’s Witness. Her extremely strict upbringing was one that she couldn’t wait to get away from as she grew older, and she reportedly converted to Islam in 2013 after marrying billionaire businessman Wissam Al Mana.

Like his sister Janet, Jermaine was raised in an extremely strict household where being a Jehovah’s Witness was the only possible option. And just like his sister, the former Jackson 5 singer converted to Islam when he became an adult, although he did so much earlier than Janet by converting in 1989.

Fareed is an Indian-American journalist with CNN and hosts his own show, Fareed Zakaria GPS. He is a naturalized American citizen and though he lives a secular lifestyle, also identifies as a non-practicing Muslim.

Just like Muhammad Ali, Abdul-Jabbar’s change in religion came with an accompanying name change. He was known as Lew Alcindor before converting to Islam in 1971. After that, he took on his new name and continued his time as a basketball great, eventually ranking as the NBA’s all-time leading scorer.

Ice Cube was still known as just a rapper when he converted to Islam in the 1990s. Since becoming a Muslim, he has found success in the film business as a writer, director, actor, and producer, even eclipsing his achievements within the record business.

Born in Nigeria, Olajuwon rose from poverty to become one of the best NBA players of all time. The 7-foot center won back-to-back NBA championships with the Houston Rockets and is a 2008 inductee in the Basketball Hall of Fame. He’s also a practicing Muslim.

Tyson can probably be credited with a lot of the popularity that Islam received in the black community during the 1990s. It was Tyson who started a huge trend by converting to Islam in the early 90s while serving three years in a federal prison.

Ali is an actor who has appeared in TV series such as The 4400, Crossing Jordan and Threat Matrix. He has also appeared in House of Cards, Luke Cage, and the final two films in the Hunger Games series. Ali is a practicing Muslim and was nominated for an Oscar for his performance in Moonlight. 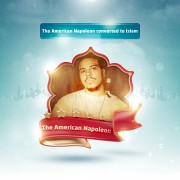 The American Napoleon converted to Islam 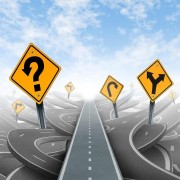 The benefits of converting to Islam (part 2 of 3)