Daybreak slowly pushes darkness out until daylight spreads everywhere; so was the Prophet of Mercy (pbuh) commanded to preach Islam, slowly pushing darkness, breaking the idols,  and guiding people to Allah Almighty.

During Jahiliyyah, I used to believe that people were astray and totally in the wrong in their worshipping of idols. In the meantime, I heard of a man in Makkah who was conveying news. I rode my mount and went to him. The Messenger of Allah (pbuh) was at that time hiding because of his people’s boldness against him. I adopted a friendly attitude (towards the Makkans) until I came to him in Makkah and asked him, “Who are you?” He (pbuh) said, “I am a prophet.” I said, “What is a prophet?” He (pbuh) said, “Allah has sent me.” I said, “With what has He sent you?” He (pbuh) said, “He has sent me to join the ties of the wombs, break the idols, and declare that there is one God – nothing is to be associated with Him.” I said to him, “Who is with you in this (faith)?” He (pbuh) said, “A free man and a slave.” Abu Bakr  and Bilal  were there with him, among  those who had believed in him at that time. I said, “I shall follow you.”   He (pbuh) said, “You cannot do so this day of yours. Can you not see my (hard) state and that of the people? But return to your folk and when you hear that I have been granted victory, come to me.” So, I returned to my family.

During these days of the progressive retreat of darkness with the advance of the dawn light, Allah Almighty commanded His Messenger (pbuh) to recite the Noble Qur’an in a low voice to avert the evil of the Quraish, who were lying in wait for him.

In regard to the Saying of Allah Almighty:

"Offer your Salah (prayer) neither aloud nor in a low voice, but follow a way between."

Ibn ‘Abbas  said: “This Ayah was revealed when the Messenger of Allah (pbuh)  was hiding himself in Makkah. During that time, when he (pbuh) led his Companions in Salah, he (pbuh) used to raise his voice with the recitation of Qur’an. On hearing him, the Mushrikin would curse the Qur’an, the One Who revealed it, and the one who brought it. Therefore, Allah Almighty told His Prophet  (pbuh):  "Offer  your  Salah  neither  aloud",  i.e.  do  not  recite aloud lest the Mushrikin should hear you and curse the Qur’an, "nor in a low voice" lest your Companions do not hear you. "But follow a way between.” 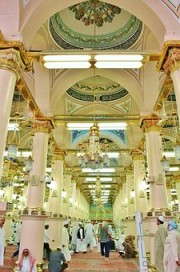 Why Did Muhammad ﷺ Marry on Multiple Occasions? 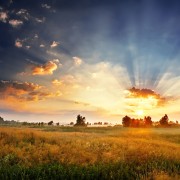 Belief in the Prophets and Messengers of God