One of the clearest aspects of Islamic Law is the goal of bringing about ease upon the humans and avoiding hardship for them while maintaining positive results for all. Hence, this is not a goal independent of all other goals. In other words, there are a myriad of goals, such as mercy, justice, equity, balance and so forth. Within the context of meeting those goals, though, Allah, in His Mercy and Wisdom, has laid down a law for humans that provides ease for them and is free of any unwarranted hardships.[1]

Numerous verses of the Quran point to this very important feature of Islam. For example,

This is part of Allah’s great mercy, as no one could hold Allah responsible if He burdened humans with actions beyond their capacity. Allah also says,

Allah intends for you ease, and He does not want to make things difficult for you

Allah does not want to place you in difficulty, but He wants to purify you, and to complete His Favor on you that you may be thankful

In yet another verse,

Strive hard in Allah's Cause as you ought to strive. He has chosen you and has not laid upon you in religion any hardship

Allah sent the Prophet Muhammad (peace and blessings of Allah be upon him) as a mercy for all of mankind, as noted earlier. Part of his role was to relax some of the laws put on the previous peoples due to their recalcitrance or put on them by their own religious leaders and scholars.

Thus, Allah describes the Prophet (peace and blessings of Allah be upon him) in the following fashion:

Those who follow the Messenger, the Prophet who can neither read nor write whom they find written with them in the Torah and the Gospel—he commands them for what is good and forbids them what is evil; he allows them as lawful all good matters, and prohibits them as unlawful all filthy matters; he releases them from their heavy burdens and from the fetters that were upon them. So those who believe in him, honor him, help him, and follow the light which has been sent down with him, it is they who will be successful

Thus, the Prophet (peace and blessings of Allah be upon him) also said,

This principle of ease and removing hardship is exhibited throughout many branches of Islamic law. Even becoming a Muslim requires no special indoctrination or ceremony. In fact, it does not even require anyone’s approval or supervision. With respect to the acts of worship, one finds numerous rules demonstrating this principle.[2] For example, an individual is not required to perform the pilgrimage to Makkah if he does not have the means to do so—in other words, if it would be too much of a financial burden.

The traveler is allowed to shorten and combine his prayers in order to lessen his burden—but he still must perform the prayer as that effort is definitely beneficial for him. With respect to the fast of Ramadan, those who are traveling or ill can delay their fasts and make up those days after the month is finished. Those facing starvation are allowed to eat foods, such as pork, that are normally forbidden. Of great importance is the issue of repentance. In Islam, repentance never requires one to go to a priest and beg forgiveness for one’s sins. It is simply a matter of faithfully returning to Allah and attempting to redress any wrong one has done.

For the new Muslim, it is important to realize that the relaxation in the laws under certain circumstances does not open the door to them to relax any law for themselves in the name of the fact that the religion desires ease. Such laws must be based on the Quran and Sunnah and will be known to those who are knowledgeable. Furthermore, as mentioned in a footnote earlier, it is referring to unwarranted hardship or effort. The effort or “hardship” required to perform prayers five times a day, fast for a month, and so on, are, in general within the means of most humans and the great benefits they should produce are well worth their effort. 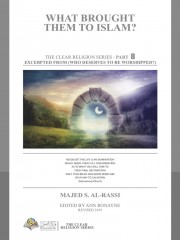 What Brought Them To Islam? 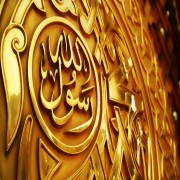 The Testimony of Faith: Muhammad is the Messenger of Allah

The First Pillar of Islam:The Testimony of Faith “the Shahada"