First part of an easy to follow guide outlining the essentials every new Muslim must know about zakah, one of the five pillars of Islam.

·To learn the meaning and importance of zakah.

·To learn the exact definition of zakah.

·To learn what is nisaab.

·To learn when is zakah paid and who has to pay it.

· Hajj – A pilgrimage to Mecca where the pilgrim performs a set of rituals.  The Hajjis one of the five pillars of Islam, which every adult Muslim must undertake at least once in their life if they can afford it and are physically able.

· Ramadan - The ninth month of the Islamic lunar calendar.  It is the month in which the obligatory fasting has been prescribed.

· Nisaab - the minimum amount of wealth a person must possess for zakah to become obligatory. 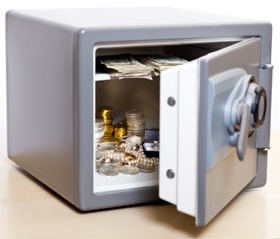 The five most important and essential acts of worship in Islam are simply known as the “pillars of Islam.”  They are the “shahadah” (the testimony that no one deserves worship except Allah and Muhammad is the Messenger of Allah), the five daily prayers, zakah, fasting, and the hajj pilgrimage.  A Muslim has to first and foremost focus on learning and practicing these pillars before focusing on other aspects of Islam.

The word ‘zakah’ is usually translated as ‘poor due’ or ‘alms tax.’  Actually, no single word can translate zakah properly.

Before the word zakah is explained, it is best understood with another word, “sadaqah.”

Zakah and sadaqah are different.  Zakah is obligatory charity and is required, whereas sadaqah is voluntary charity and is a recommended act that brings extra reward.  Moreover, zakah is the third pillar of Islam.  Not paying zakah out of negligence is a sin, whereas a person is generally not sinful for not paying voluntary charity.  That is why it is called “voluntary” charity! Zakah is calculated precisely and can only be given to specific recipients, whereas sadaqah is not bound by such regulations.  Zakah has to be given yearly, whereas sadaqah can be given only once or as frequently as one likes.

Zakah is a beautiful act of worship that is intimately tied to purification.  As a matter of fact, spending one’s wealth in zakah purifies the heart from the love of material wealth.  A person who offers the gift of his wealth affirms the truth that to him nothing is dearer than the love of Allah and he is prepared to sacrifice even his wealth to please Allah.

In Islamic Law (Shariah), words are clearly defined.  Zakah is no exception.  Shariahdefines zakah to be specific portion of one’s wealth that one must give yearly to a specific group of recipients that are mentioned in the Quran.

Importance of Zakah & the Punishment for Not Paying It

Zakah represents the compassion of Islam towards the poor and needy.  Zakah is not a tax, but it is an act of worship for which one receives reward from Allah.  Not paying the zakah is a sin.  Denying its obligation is an act of disbelief.

The Quran tells us about the fate of those who refuse to pay zakah.

And those who hoard up gold and silver and do not spend it in the way of Allah, warn them of a painful suffering (in the life to come).  On that day when (the hoarded wealth) will be heated in the fire of Hell and with it their foreheads, their sides, and their backs will be branded (and it will be said to them), ‘This is the treasure which you hoarded for yourselves, so taste what you used to hoard

Zakah is not to be paid unless the wealth reaches a minimum level called “nisaab.” Think of nisaab as a scale to help you determine if you are required to pay zakah.  Different forms of wealth have different nisaab:

Zakah on above items is 2.5% of their value.  If the nisaab is met in any one form of wealth, zakah becomes applicable only on that particular form of wealth and is calculated on the total (nisaab plus excess) of that.

When is Zakah Due?

Many Islamic rules and regulations depend on the Islamic lunar year.  Zakah is one of them.  If you have had wealth more than the nisaab for one (lunar) year, then you just pay the zakah.  Though not required, but most people calculate their zakah Ramadan to Ramadan.  You can fix to calculate and pay your zakah every 1st or 15th of Ramadan.

Who Must Pay Zakah?

Zakah is required from Muslims only whether they be adult or minor, male or female, sane or insane.  Legal guardians must pay zakah on behalf of those who can’t.  This is an important issue for children with special needs who have their own funds or have a trust created for them and the money amassed in those accounts reaches nisaab.

Zakah is also due on merchandise, livestock and agricultural produce like grains, fruits, and vegetables.  It is important for a trader or a farmer to know about the zakahregulations pertaining to him, but for now we will not discuss it in these lessons.

There is no zakah on things used for satisfying the basic necessities.  Basic necessities are food, shelter, clothes, household goods, utensils, furniture, etc.