Final Words for the New Muslim

The new Muslim convert has definitely entered into a wonderful new phase in his life. By adhering to Islam, he will be able to receive the blessings of this life and the Hereafter.

In reality, though, for many converts, there are numerous distractions to deal with. In fact, there may be many forces trying to drag the convert back into his previous way of life. A convert’s own family and friends may be dissatisfied with the life choice that he has made. The convert feels that he has found the path of truth and right guidance and yet, even though he realizes that, those pulling him in different directions may be very influential upon him. Indeed, he may have many difficult and emotionally wrenching choices ahead of him.

In the face of all of these distractions, the individual must keep in mind his ultimate goal of converting to Islam: the pleasure of his Lord and Creator. He must remind himself that although there may be fleeting pleasures in this world, in reality, there can be nothing more satisfying to the soul than worshipping God. He has to raise himself above lowly desires and accept the true nobility that accompanies being a true servant of God. This ultimate goal can be refreshed through attending to the prayers, reading the Quran and increasing one’s knowledge of Islam.

This leads to another important issue. The Muslim convert should not think that he will be able to fight off numerous temptations all on his own. He is still new to the faith and his level of understanding and attachment probably still needs a great deal of support. Hence, he should cling to the Muslim community and the local mosque. These should be his sources of refuge during times of toil and difficulties. It is with the other Muslims that he will be able to strengthen his faith, learn more about Islam and see how Islam is truly to be applied.

The Muslim convert, however, should not expect perfection from the Muslim community or local mosque. There is no official “church” in Islam and many of the mosques, especially in the West, are run by volunteers who have plenty of other preoccupations. It would be wonderful if the mosque would appoint a learned Muslim to look after each individual convert but, unfortunately, such is often not feasible. In general, though, every Muslim community is happy to add a new member to its fold, whether a convert or a Muslim new to the area, and does want to help. Allah willing, with patience, the convert will be able to find good Muslim friends who will help him along the path.

The Muslim convert should not even expect excellent Islamic behavior from all Muslims. There are pious Muslims; they are less than pious Muslims; there are knowledgeable Muslims; they are ignorant Muslims.[1] Thus, every Muslim, the convert included, has to deal with a whole range of Muslims. For example, sometimes a new Muslim is very exuberant about his new Islam and he wants to express his feeling of brotherhood with the other Muslims. He enters the mosque, giving the greetings of peace to the others in the mosque. Some Muslims are simply not used to that behavior and they look at the convert as if he is very strange, without giving any reply to his greetings, even though it is obligatory for at least one of them to reply to his greetings. One can just imagine how deflating that could be where one enters with such enthusiasm and joy and has his exuberance deflated by his new brothers and sisters in Islam. There was no evil intent on the part of the Muslims but the result can still be very disheartening.

In sum, many Muslims that the convert meets may fall very short of a convert’s expectations. At the same time, the convert must realize that he has his own shortcomings that harm his interaction with the other Muslims. He himself probably still has a long way to go. He may still have many diseases in his heart left over from his pre-Islamic days. A new Muslim may also unwittingly do things very offensive toward Muslims. For example, the convert may still speak in lewd ways about the opposite sex or joke in manners considered inappropriate by Muslims. Thus, for both the convert and the other Muslims there may be some uncomfortable moments.

Patience and perseverance are definitely required. The convert should remind himself that he is a new Muslim and that there may be many aspects of the faith that he yet understands or applies properly. He must remind himself that other Muslims are simply human as well and all humans will have some shortcomings. First and foremost, though, he should remind himself of his ultimate goal: pleasing his Lord. The minor problems and issues that one encounters in this world should never deter the individual when he realizes that enduring such things are definitely well worth it in the end.

Every Muslim should expect to face some trials and difficulties in this world. The goal that one is seeking—the pleasure of Allah and His infinite reward of Paradise in the Hereafter—is very dear and precious.[2] One should not expect it nor demand it of his Creator without some effort, patience and sacrifice on his own part. Thus,

“Do you think that you will enter Paradise without such (trials) as came to those who passed away before you? They were afflicted with severe poverty and ailments and were so shaken that even the Messenger and those who believed along with him said, ‘When (will come) the Help of Allah?’ Yes! Certainly, the Help of Allah is near”

Every Muslim, including the convert, should prepare himself mentally and emotionally to be able to undergo any type of trial for the sake of Allah. A Muslim should use all of the means at his disposal to improve and strengthen himself. This would include, as noted above, finding one’s local mosque and clinging to the best people who are living their lives according to the Quran and Sunnah.

Finally, every Muslim should continually turn to Allah and ask Allah for guidance and to be confirmed upon the Straight Path. A Muslim is required to recite soorah al-Faatihah at least seventeen times a day in his prayers. In this soorah, one prays to Allah, “Guide us to the Straight Path.” This supplication includes both being shown the Straight Path as well as being helped to remain along that Straight Path. Furthermore, the Prophet (peace and blessings of Allah be upon him) taught the Muslim Nation a very important supplication. The Companion Anas narrated that the Prophet (peace and blessings of Allah be upon him) would make the following supplication often, “O [Allah,] the One who Turns the Hearts, confirm my heart upon Your religion.” 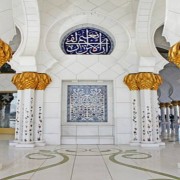 Islam is a Universal Religion

Who is Allah: Understanding God in Islam 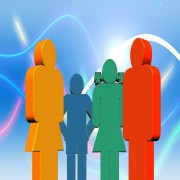