Islam itself, the act of submission, is differentiated into the “five pillars” of Islam; second is iman or belief in God, the prophets, angels, the holy books, the day of judgment, and God’s foreknowledge; third is ihsan, or spiritual virtue to create a deep intimacy with God – for whose cultivation you are supposed to pray. The first of these dimensions is “external” or material; the second is mental; the third is about the heart, as a Muslim does all things, to imagine that he sees God before him, and that God sees him.

The fundamentals of practice and belief in Islam are derived from many sources, including many verses of the Quran and teachings of the Prophet Muhammad, notably an incident where Angel Gabriel appeared in the form of a man. He approached Prophet Muhammad  while he sat in a group and he asked the Prophet  the questions:

After the Prophet  answered, Gabriel stood up and departed. Then, the Prophet  turned to his companion who had witnessed the exchange and said, “That was Gabriel. He came to teach you your religion.” (Muslim, Abu Dawud, Tirmidhi, Nasai)

When asked by Angel Gabriel, “O Muhammad! Tell me about faith,” the Prophet Muhammad listed six beliefs which would come to be known as the six ‘articles’ of Islamic faith, and Gabriel said, “You have spoken rightly.”

Belief in God means that the universe has only One Lord Who alone created and owns it, and controls and directs its affairs in terms of sustenance, actions, life, death, benefit and harm and that there is no lord besides Him. He alone does whatever He wills and decides whatever He wishes. To Him belongs the sovereignty of the heavens and the earths and He is capable of doing all things. He has knowledge of all things.

Since God cannot be seen God in this life, part of belief in God is believing in what are known as His names and attributes that He acquaints us with through revelation. The created beings do not share with Him in His qualities. God is absolutely free from all attributes of defects and imperfection like sleep, incapability, ignorance, and injustice. He also is beyond comparison to the created beings. Furthermore, the belief entails:

The Beautiful Names mentioned in the Quran and Sunna are God’s true Names without adding or reducing anything from them (Quran 59:23).

Allah Who names Himself and that none among His creature has authority to give Him names. It is Allah Who praises Himself with these Names and so they are not invented and created.

The meaning of divine must be respected and they should not be altered or denied.

To believe in the impact of each Name (for example, one of God’s Name is is the ‘All Seer,’ therefore, one must be certain that nothing is hidden from God).

God has created angels from light and they are naturally inclined to obey Him. They carry out His commandments. No one knows their precise number except God. God assigns to them different duties and functions.

God states in the Quran

Each one believes in God, His angels, His books and His messengers. (They say): ‘We make no distinction between any of His Messengers

Muslims believe that the angels are creatures of God whom He created for the purpose of worshipping Him. Their existence is real and that our inability to see them does not mean that they do not exist. They are servants of God whom He has honored with elevated ranks. Among them are messengers of God with whom He sent revelation and and that they are unable to do except that which God gives them the ability to do. In spite of all this, they cannot avail themselves or others of any benefit or harm except by the will of God. That is why it is forbidden to pray to them or ask them for help. Angels are humble, winged creatures with huge bodies (Quran 35:1) that fit the function that they are assigned to carry out. They do not eat or drink, are intelligent beings, and have the ability to change shape. They suffer from death. They worship God with sincerity without slack and are immune from committing sins. God has told us the names of some of His angels in the Quran and the Prophet Muhammad has told us their names in the Sunna. Some of the greatest angels are:

1. Jibreel (Gabriel) is the Holy Spirit who brings down revelation by which the hearts live, to the prophets.

2. Meekaaeel (Michael) is put in charge of rain by which the earth lives. He drives rain to wherever God commands him.

3. Israafeel is in charge of blowing into the Horn to announce the end of this world and the beginning of the Hereafter by which the bodies will be brought back to life.

Muslims also believe in books that God send as a mercy and guidance for the mankind, so that they might achieve prosperity in this world and the Hereafter; in order that it may be a path upon which they march and a judge between people as regards what they differ in. God actually spoke the words of those Books. They were revealed to be a reference for people to judge in matters they differ in. The books help preserve the religion and the teachings of a prophet after his death.

Indeed We have sent Our Messengers with clear proofs, and revealed with them the Scripture and the Balance (justice) that mankind may keep up justice.

Muslims believe that revelation from God is the link between the Creator and human beings. God chose some prophets and messengers to convey His message to us. We know the names of some of them, others we don’t. Following the prophets is the criteria that determines who is guided and disobeying them is equivalent to going astray. The prophets, Islam teaches, faithfully delivered the message they were entrusted with.

Prophets were send by God:

Belief in the Last Day is another essential belief taught by Islam. The life of this world will end with death and after that we will pass into an intermediate stage known as Barzakh, culminating with the entry into Paradise or Hell. The nearness of the Last Day will be preceded by what are known as:

Minor Signs: most have already happened, like the mission of the Prophet Muhammad , rise of sky-scrapers, and the spread of immorality.

Major Signs: will appear immediately before the Last Day. They are ten and none of them have appeared. One of them is the return of Jesus.

The dead will be questioned in their graves after burial about his Lord, religion, and the Prophet Muhammad. After that the grave will be either a seat of bliss or a place of torment. A horn called the Trumpet will be blown by the angel Israafeel which will kill all creatures except whom God spares. The Hour will appear in which people will come of their graves by the command of their Lord for reckoning. The good will get their reward and the evil-doer will be punished.

The Day when they will come out of the graves quickly as racing to a goal.

People will be gathered, called to account, and paid back for their earthly deeds.

We shall gather them all together so as to leave not one of them behind.

The last article of faith is the decree or God’s preordainment. God is the Lord also means that nothing escapes God’s eternal knowledge, the fate of all creatures has been recorded, God’s will and power are all-embracing, and that God is the true Creator of all things. 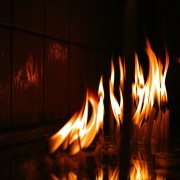 The Belief in Divine Decree 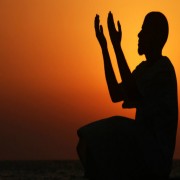