Since the total submission of one's will to God represents the essence of worship, the basic message of God's divine religion, Islam, is the worship of God alone. It also requires the avoidance of worship directed to any person, place or thing other than God. Since everything other than God, the creator of all things, is God's creation it maybe said that Islam, in essence, calls man away from the worship of creation and invites him to worship only his Creator. He is the only one deserving of man's worship, because it is only by His will that prayers are answered.

Accordingly, if a man prays to a tree and his prayers are answered, it is not the tree which answers his prayers but God, who allows the circumstances prayed for to take place. One might say, "That is obvious." However, to tree-worshippers it might not be so. Similarly, prayers to Jesus, Buddha, or Krishna or Saint Christopher, or Saint Luke or even to Muhammad, are not answered by them, but are answered by God. Jesus did not tell his followers to worship him but to worship God, as the Qur'an states:

"And behold Allah will say: 'O Jesus, the son of Mary! Did you say to men, worship me and my mother as gods besides Allah?, He will say: 'Glory to you, I could never say what I had no right (to say)."

Nor did Jesus worship himself when he worshipped, but rather he worshipped God. And Jesus was reported in the Gospels to have said:

This basic principle is contained in the opening chapter of the Qur'an, known as Surah al-Fatihah, verse 4:

"You alone We worship and from you alone do we seek help."

Elsewhere, in the final book of revelation, the Qur'an, God also said:

"And your Lord says: 'Call on Me and I will answer your (prayer)."

This might seem obvious, but man's worship of creation instead of the Creator is to a large degree based on ignorance, or neglect, of this concept. It is the belief that the essence of God is everywhere in His creation or that His divine being is or was present in some parts of His creation, which has provided justification for the worship of God's creation and naming it the worship of God. However, the message of Islam, as brought by the prophets of God, is to worship only God and to avoid the worship of His creation either directly or indirectly.

In the Qur'an God clearly states:

"For We assuredly sent amongst every people a prophet, with the command ... worship Me and avoid false Gods."

When idol worshippers are questioned as to why they bow down to idols created by men, the invariable reply is that they are not actually worshipping the stone image, but God who is present within it. They claim that the stone idol is only a focal point for God's essence and is not in itself God! One who has accepted the concept of God being present in any way within His creation will be obliged to accept this argument for idolatry. Whereas, one who understands the basic message of Islam and its implications would never accede to idolatry no matter how it is rationalized.

Those who have claimed divinity for themselves down through the ages have often based their claims on the mistaken belief that God is present in man. Taking one step further, they claim that God is more present in them than in the rest of us, and that other humans should therefore submit to them and worship them as God in person or as God concentrated within their person. Similarly, those who have asserted the godhood of others after their death have found fertile ground among those who accept the false belief of God's presence in man.

It should be abundantly clear by now that one who has grasped the basic message of Islam and its implications could never agree to worship another human being under any circumstance. God's religion in essence is a clear call to the worship of the Creator and the rejection of creation-worship in any form. This is the meaning of the motto of Islam: "La ilaha illa Allah" (There is no god but Allah).

The sincere declaration of this phrase and the acceptance of brotherhood automatically bring one within the fold of Islam, and sincere belief in it guarantees one Paradise. This the final prophet of Islam is reported to have said, "Any one who says : There is no go but Allah, and dies holding that (belief) will enter paradise."

Belief in this declaration of faith requires that one submit his/her will to God in the way taught by the prophets of God. It also requires the believer to give up the worship of false gods. 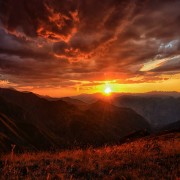 What is the Purpose of Life? 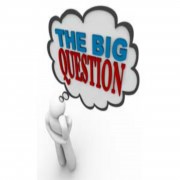 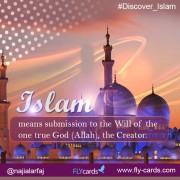 Islam means submission to the Will of the one true God (Allah), the Creator.