God is the only One Who has the power of true creation out of nothing. When He wants something to exist, He simply says, "Be!" and it becomes immediately just as He wants it to be, without the need for causes and means.

Six major names and attributes of God as the Creator are stated in the Qur’an. Each of which provides a different aspect and insight into the divine power of creation and the composite process of creation, making it clear that every detail of creation was perfectly planned and performed directly by God, leaving nothing to chance or to someone or something else. These six divine names and attributes are:

1-Al-Mubdi’ (the Beginner) – The One Who initially and originally creates out of nothing, just by His Will – with a single command: “Be!” – without the use of pre-existing matter.

2-Al-Khaliq (the Creator, the Planner) – The One Who determines and creates according to proper and accurate measures and proportions. God says,

“He has created everything and designed it in a perfect measure.”

3-Al-Bari’ (the Originator, the Inventor) – The One Who originates and materializes creation without a prior model.

4- Al-Musawwir (the Fashioner, the Shaper, the Designer) – The One Who fashions, Who gives everything its distinctive form and shape according to its assigned purpose.

5-Al-Fatir (the Bringer into existence) – The Creator of the universe and everything in it, giving every living thing its particular character, objective, and meaning.

6-Al-Badi` (The Incomparable, the Originator) – The One Who creates things out of nothing without the help of an instrument, or matter, or time, or place. He creates all His creatures bursting with variety and uniqueness, so one creature is not perfectly similar to another. This infinite variety in God’s creation is a physical manifestation of God's absolute creative power.

“He (God) is the One Who perfected everything He created, and started the creation of the human from clay.” 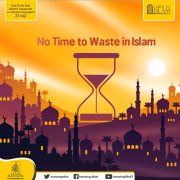