How the Prophet Treated the Youth

The Prophet’s love and mercy was extended to all youth irrespective of their background or religion. After the terrible incident at Ṭa’if, the angel of the mountains asked the Prophet if he wanted him to destroy the town. The Prophet replied in the negative and emphasized that perhaps their children will one day embrace Islam.

Safiur Rahman al-Mubarakpuri makes mention of the Prophet’s reply to the angel of al-Akhshabain:

“No, I hope that Allah will let them beget [offspring] who will worship Allah alone, and will worship none besides him.”

It is very interesting that the Prophet specifically referred to the children worshiping God in the future. This indicated the Prophet’s hope in the next generation. His healthy relationships were not limited to members of his community, but in fact, surpassed all religious and cultural barriers.

The following narration found in the great hadith collection of Imam al-Nawawi, encapsulates the genuine nature of the Prophet and his relationship with a young Jewish boy:

Anas (May Allah be pleased with him) reported:

A young Jewish boy who was in the service of the Prophet fell ill. The Prophet went to visit him. He sat down by his head and said to him, “Embrace Islam.”

The little boy looked at his father who was sitting beside him. He said: “Obey Abul-Qasim (i.e., the Messenger of Allah).”

So he embraced Islam and the Prophet stepped out saying, “Praise be to Allah Who has saved him from Hell-fire.”

Another one of the servants of the Prophet was a young boy by the name of Anas ibn Malik. Because Anas was so close to the Prophet, he knew the inner and outer aspects of his character.

Maintaining a calm demeanor with a servant is a challenging task let alone if that servant is also a child.

Despite all of this, the Prophet still displayed the finest of conduct with those who were under his authority.

“In the history of the world, has there ever been a master with such immaculate character? There has not been a man in history known for treating his servants in such a kind way, not for a day or two, let alone for ten whole years.”

It is quite natural for a ten year old to make a mistake and for an adult to correct or discipline. However, the Prophet’s approach was wise, gentle, cool, calm, and collected. Youth need love and understanding—this is what the Prophet provided them with.

Anas describes the touch and the aura of Prophet in the following words:

According to Adil Salahi, the first man to accept Islam was Zayd ibn Ḥarithah, a youth servant of the Prophet during the days in Makkah.

Zayd used to live with the Prophet, making him a regular recipient of the Prophet’s kindness and love. One day Zayd’s father and uncle came to Makkah with the intention of emancipating him.

Salahi writes, “Two or three years after Zayd’s death, the Prophet mentioned him and said, “He was one of the people I loved the most.“

Youth’s Love for the Prophet

Love was the underlining factor behind the Prophet’s relationship with the youth. The love that the youth possessed for the Prophet transcended this world and translated into unimaginable acts of courage and sacrifice.

When the Makkan assassins advanced towards the Prophet’s house, they were surprised to see that he was not there. Instead, they found `Ali ibn Abi Ṭalib lying on the Prophet’s bed covered with his mantle.

Ab`dul Hameed Siddiqui states in The Life of Muhammad,

“The assassins remained on the watch until the day dawned when they rushed in and to their utter surprise, found that the person lying in the Prophet’s bed was `Ali rather than Muhammad. This created a stir in the whole town.”

The courage that `Ali displayed by putting his own life in danger, stemmed from his deep love for the Prophet.

While organizing his soldiers for the battle of Badr the Prophet poked a companion by the name of Sawwad in the belly for stepping out of line. Although Sawwad did this on purpose, nonetheless he expressed his pain to which the Prophet lifted his own shirt and said, “Then do the same to me.”

If love is shown to the youth, then surely it will be reciprocated in the most amazing of ways. 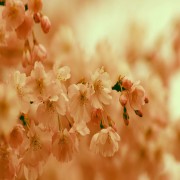 If I had time to do this and that 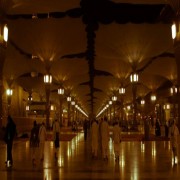 How the Prophet Expressed Gratitude to Allah