In Allah We Trust: What Tawakkul Really Means

"At-Tawakkul ‘ala Allah" is the Islamic concept of complete reliance on Allah or "trusting in Allah's plan." The root word in Arabic is وَكَلَ (wakala) which means to entrust, charge or authorize. Allah is al-Wakeel, the Disposer of Affairs, the One entrusted, relied upon, depended upon and sufficient to take care of all matters.

Difference between tawakkul and tawaakul

Tawakkul means putting trust in Allah while also implementing the means that have been permitted. Scholars have made an important distinction between tawakkul (توكل) and tawaakul (تواكل). Tawakkul is a Muslim's trust and acceptance of the divine will, which no one knows, understands or controls except Allah.

tawaakulThe meaning of tawaakul, on the other hand, comprises elements of laziness, inability, a resigned, careless attitude. It indicates refusal to strive in accordance with the laws and ways which Allah has laid down for humankind. Those who misunderstand it wait for a miracle to 'drop from the sky' without striving towards it in any way. Such people expect Allah to send down their provisions, feed them and take care of their affairs and concerns while they do nothing.

The negative attitude of tawaakul contradicts every aspect of the life of the Prophet (ﷺ) and his Companions – their jihād, the efforts they expended in accordance with natural laws, their planning and their way of thinking. For example, when migrating to Madinah, the Messenger of Allah (ﷺ) took all the precautions that were humanly possible. He planned the journey secretly, leaving when least expected, telling ‘Ali to sleep in his bed, selecting a hiding place, arranging for provisions, arranging for a faithful guide, etc. However, once he had done whatever was humanly possible, he had such trust in Allah that he was never worried about the consequences.

It was reported that when a Bedouin who had confused tawakkul for tawaakul came to the Prophet (ﷺ) and asked about the matter, he (ﷺ) explained that it was to take the appropriate action and then trust in Allah. He asked, “Should I tie my camel and rely upon Allah, or should I leave her untied and rely upon Allah?” The Messenger (ﷺ) replied, “Tie her and then rely upon Allah.” [Narrated by at-Tirmidhi from Anas bin Mālik] Although the scholars have stated that this hadith is weak, its meaning is correct as both the Qur'an and Sunnah advocate the application of appropriate means along with reliance on Allah. [Dar al-Iftā, KSA]

The following hadith is significant, and is most quoted to explain the concept of tawakkul:

‘Umar bin al-Khattāb heard the Messenger of Allah (ﷺ) saying, “If you trusted Allah with due tawakkul, He would provide you sustenance as He provides for the birds; they go out in the morning with empty stomachs and come back in the evening with full stomachs.”

A bird sitting in its nest and praising Allah will not have its stomach filled. It has to go out and work hard to find food from morning to evening. One who goes out and expends effort while knowing that Allah provides will obtain what he desires.

Shaykh al-Islam Ibn Taymiyyah observed: "The heart's neglecting to seek something from Allah and place hope in Him leads inevitably to it drifting away from the worship of Him. This is especially so when one places his hopes in created beings and is diverted from placing them in the Creator. Thus, his heart becomes attached to his political power, his armed forces, his followers, his servants, his ‘Shaykh’ or others among those who have either already died or are bound to die."

Obedience is the key to tawakkul. The praiseworthy are those who have actualized [Allah's words],

"It is You (alone) we worship, and You (alone) we ask for help" and "So worship Him and rely upon Him." They sought assistance from Him by obeying Him, confirming that He is their Lord and that He must be worshipped alone through obedience to Him and to His Messenger (ﷺ).

Tawakkul explained in the Qur’an and Sunnah.

There are numerous verses in the Qur'an which command and explain tawakkul:

We are told to rely on Allah in all our affairs.

And rely upon the Ever-Living who does not die.

When we rely on Allah, He suffices.

And whoever relies upon Allah – He will be sufficient for him.

When Allah's rulings are obeyed, (in cases of divorce and that is when one is likely to fall into error and behave in an improper manner), He then promises:

He will provide him from where he does not expect

i.e., from where he never imagined or anticipated.

We are told to consult and then take a decision.

And when you have decided, then rely upon Allah.

You should then trust in Allah regarding your decision.

We are told to recognize that none should be worshipped but Him and then rely on Him.

[He is] the Lord of the East and the West; there is no deity except Him, so take Him as a wakeel (disposer of affairs)

Believers obey Allah and then trust in Him as the best manager of their affairs.

Sufficient for us is Allah, and [He is] the best wakeel (disposer of affairs)

HasbiAllahAs believers we need to know what our Lord wants from us and then do what is right in obedience to Him. Then we should put our trust in Allah, not merely saying that He is the best disposer of our affairs but believing it from the depths of our hearts. It is then that our reliance on Him will have meaning and take effect.

The Messenger of Allah (ﷺ) was ordered to tell the believers that no calamity or difficulty will befall them unless Allah wills it. Hence, they should rely on Him.

Say, "Never will we be struck except by what Allah has decreed for us; He is our protector." And upon Allah let the believers rely.

Allah directed His Messenger (ﷺ) to reply to the hypocrites and tell them that nothing will ever happen except what Allah has decreed, for we are under His control and command and He is our master and protector; therefore, the true believers support the cause of Allah and then put their trust in Him.

Allah is sufficient to protect and manage the affairs of His servants.

And sufficient is Allah as a wakeel (disposer of affairs)

True believers have faith and then rely on Allah.

The believers are only those who, when Allah is mentioned, their hearts become fearful, and when His verses are recited to them, it increases them in faith; and upon their Lord they rely.

Ibn ʽAbbas said about this āyah, "The quality of a true believer is that when Allah is mentioned, he feels a fear in his heart and therefore obeys His orders and prohibitions; then he relies upon Allah."

Tawakkul  is the key to faith
After understanding the meaning of "at-tawakkul ‘alaAllah", we can discern that it is an important branch of faith and a form of ʽibādah (worship). Practicing it produces strength, patience, forbearance, determination, contentment, happiness and an acceptance of His will and decree. It keeps worry, distress, disappointment and depression at a minimum. And it gives the believer renewed energy to take account of himself and lead a life of obedience, to exert effort, to repent from sins and to contemplate the power and majesty of the Lord he worships, depends upon and trusts.

This concept, when not understood properly can either lead to laziness in the form of tawaakul, or trap one in a delusion of self-sufficiency, leading him to the erroneous conclusion that whatever he achieves is by his own effort or merit. Thus, a kind of arrogance and pride takes root in the heart. It should be remembered that one can be tried not only with hardships, but also by being given extensive wealth and resources. A valuable instruction is given in Surah al-Kahf, which is that when everyone is pleased with an accomplishment or material possession,he should say, ماشاء الله لاقوة إلا بالله "What Allah willed [has occurred]; there is no power except in Allah."(Quran, 18:39). Each one of us is totally dependent upon Allah at every moment, and no one can achieve anything by his own efforts and abilities unless He wills it.

The delusion of self-sufficiency needs to be uprooted from our minds and hearts. It is that false sense of self-worth, constantly evaluated by worldly standards, and craving for approval which weakens the heart's striving to connect with Allah, cling to Him, beseech Him and implore Him to enrich us from Himself with a richness that no one can steal or harm through envy– the richness of a clear perception and understanding that everything belongs to Him, to be given at will to whomever He wills and to be taken at will.

So we must trust and rely on Him. But this requires that we free our minds to do Allah’s will, to obey Him and to make our choices in all of life’s decisions within the framework of Islam, by means of du’aa, istikhārah and the counsel of sincere believing friends. Along with the permissible physical means, these are the spiritual means available to us to accomplish what is required. Success in this world means to survive, manage and live within the limits set by Allah. But true success is in obtaining His approval, and that will be fully manifested in the next life.

"The more a servant’s expectations are set on the favor and mercy of his Lord as the means to fulfill his needs and repel his misfortunes, the stronger his servitude to his Lord becomes. And in this is freedom from everything other than Him. And since it is the case that the more a person’s hopes are fixed on created beings, the more he is compelled to serve them, it follows that not having hope in them provides independence from them.

Ibn Rajab al-Hanbali said, "The fruit of tawakkul is contentment with Allah’s decree. Whoever leaves his affairs to Allah and then is accepting of what he is given has truly relied on Allah."

Sufficient for me is Allah; there is no deity except Him. On Him I have relied, and He is the lord of the Great Throne. 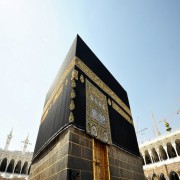 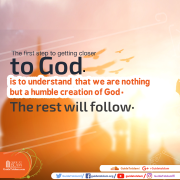 We are nothing but a humble creation of God 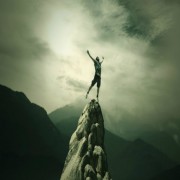 The Help of Allah And His Victory