At this point I was just as confused and frustrated as when I began my search.  I felt like throwing up my arms to God and shouting, “What now?”  I wasn’t a Jew, I wasn’t a Christian; I was just a person who believed in one God.  I thought of giving up organized religion all together.  All I wanted was the truth, I didn’t care what holy book it came from; I just wanted it.

One day I was reading on the internet and decided to take a break and find a chat room.  I noticed a “religion chat”, which of course I was interested in, so I clicked on it.  I saw a room called “Muslim chat”.  Should I go in?  I was hoping no terrorists would gain access to my e-mail and send me computer viruses - or worse.  Images of huge men dressed in black with big beards coming to the door and kidnapping me flashed in my brain. (You can tell how much I knew about Islam - zero!)  But then I thought, C’mon, this is just an innocent investigation.  I decided to go in and noticed that the people in this room weren’t as scary as I had imagined they would be.  In fact, most of them called each other “brother” or “sister” even if they had just met!  I said hi to everyone and told them to fill me in on the basics of Islam - which I knew nothing about.  What they had to say was interesting and coincided with what I already believed.  Some people offered to send me books so I said okay.  (By the way, I never did get any viruses and no men showed up at my door to take me away, except my husband but I went willingly!)

When I logged off the chat, I went directly to the library and checked out every book on Islam, just as I had done with Judaism.  Now I was interested to read and learn more.  Before I could even get the huge stack of books home, I wanted to look through a few.  This was a turning point for me....  The first few I looked through explained the basics in more detail, some were scholarly and some had pictures of huge beautiful mosques with women in scarves.  Luckily I also checked out a Quran...I opened it up at random and began to read.  The language was what hit me first, I felt an authority talking to me, not a man talking as I had with other “sacred” texts.  The passage I read (and unfortunately I don’t know what it was) talked about what God expects you to do in this life and how to live it according to His commandments.  It stated that God is The Most Gracious and Merciful and The Forgiver.  Most importantly, unto Him is our return.  Before I knew it, I could hear each of my tear drops as they hit the pages that I was reading.  I was crying right in the middle of the library, because finally, after all my searching and wondering I had found what I was looking for- Islam.  I knew the Quran was something unique because I had read a lot of religious literature, and NONE of it was ever this clear or gave me such a feeling.  Now I can see the wisdom of God…for letting me explore Judaism and Christianity so thoroughly before I found Islam, so I could compare them all and realize that NOTHING compares to Islam.

From that point on I kept researching Islam.  I approached it by looking for inconsistencies as I had done with Judaism and Christianity, but there wasn’t any to be found.  I scoured the Quran, searching for any discrepancy; even to this day I haven’t been able to find ONE inconsistency in it!  Another great thing I love about the Quran is it challenges the reader to question it.  It says about itself that if it wasn’t from God surely you would find a lot of inconsistency in it!  Not only was Islam free of inconsistencies, it had an answer for any question I could think of - an answer that made sense.

After three months, I decided that Islam was the answer and made my conversion official by saying the Shahadah.  However, I had to say my Shahadah over the speaker phone with an imam from Pennsylvania because there were no Muslims or mosques near me (the NEAREST was about 6 hours away).  I have never regretted my decision to convert.  Since there were no Muslims living near me, I had to take initiative and do much learning on my own, but I never grew tired of it because I was learning the truth.  Accepting Islam was like an awakening of my spirit, my mind and even how I viewed the world.

I could compare it to someone who has bad eyesight; they struggle to keep up on class, can’t concentrate and are constantly challenged by their handicap.  If you just give them a pair of glasses everything becomes clear and in focus.  This is how my experience of Islam is: like receiving a pair of glasses, which have allowed me, for the first time, to really see. 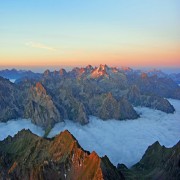 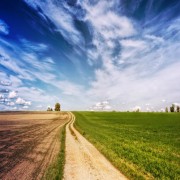