Not only does Islam explain the purpose of life, but it also speaks clearly about life after death and how this life and the next one are related. According to Islam, our duration on this earth is short and temporary. The end of this life is the beginning of another one that will last forever. On ‘The Last Day’, the universe will come to an end, everything will be annihilated, and people from all times will be judged for their beliefs, intentions, and actions in this world. The Last Day is also known as the Day of Resurrection and the Day of Judgment.

Description of the Last Day in the Quran

When the sky bursts open,When planets are dispersed,When the seas spill forth,When graves are turned over,Then each soul will know what it sent forward and what it left behind.

Then every soul will be compensated for what it earned,And they will not be treated unjustly.

And no bearer of burdens will bear the burden of another.Then to your Lord is your return,And He will inform you concerning that over which you used to differ

And the record [of deeds] will be placed [open],And you will see the criminals fearful of that within it,And they will say,"Oh, woe to us!  What is this book that leaves nothing small or great except that it has enumerated it?"And they will find what they did present [before them].  And your Lord does injustice to no one

No person knows what delights of the eyeAre kept hidden in reserve for them,As a reward for their good deeds

God has promised to believers, men and women,Gardens underneath which rivers flow,To dwell therein,And beautiful mansions in Gardens everlasting.But the greatest bliss is the good pleasure of God;That is the supreme felicity

But those who reject God, for them will be the Fire of Hell.No term shall be appointed for them,So they should die,Nor shall its punishment be lightened for them.Thus do We reward every ungrateful one!

Why is there a Judgment Day?

Over one quarter of the Quran deals with the next life. That is understandable because for the Muslim, the real life is yet to come. Islam’s emphasis on the next life does not dismiss participation in affairs of this life, neither does it encourage a life of self-denial. Islam is against today’s materialism that chokes the spirit, but it is also against extended withdrawal from society.

Judgment is necessary. The idea that truly evil people in this world can escape punishment simply by dying is unfair and unimaginable. Can Adolph Hitler escape retribution? Think of all the abused children, war-crimes, mistreated animals, thefts, and rapes. The view that holds that humans are just intelligent animals who live only once is an open license for irresponsible behavior. It opens the door to the belief that if you can get away with your crime, so be it. Islam contends that such an attitude is inconsistent with God's perfect Justice that demands that people are held accountable for what they did.

Rules of Engagement on Judgment Day

The rules of engagement have been clearly laid down in the Quran and by the Prophet of Islam :

God will judge between people with perfect justice. God’s court will not discriminate based on race, color, sex, or mere verbal affiliation to a religion. No person will be treated unjustly in the least.

God’s justice will judge everyone individually; no one will bear the sins of the other.

People will be handed their personal “diary” containing all their deeds, the good and the bad.

The Prophet of Islam informed us

God Almighty has divided mercy into one hundred parts. He kept ninety-nine parts and sent down one part to earth. Because of that one single part, creatures are merciful to one another so that even the mare will lift its hooves away from its foal so that it does not trample on it

Our Choices in This World Matters

What will happen after death?

Death & the Hereafter in Islam II 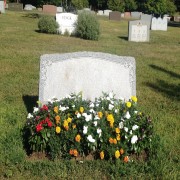 The Questioning in the Grave (part 2 of 2): Your Place until the Day of Judgment