In the year 1756 a cultured American citizen strolled into a police station in the colony of Massachusetts in what would later become the United States and received what was due to him: 180 pounds.

“Kill everyone over the age of ten… I want no prisoners. I wish you to kill and burn: the more you kill and burn, the better you will please me.” Gen. Jacob H. Smith.

The bag was heavy on her back, but there were only 100 metres left until she could cross the bridge and get to safety. The grip of her hand on her child’s wrist was like iron handcuffs on a sugarcane stalk. She would not risk losing her among dozens of children. All the refugee women around her had brought their children with them. A few more steps and she would reach safety. In the next moment, the sound of gunfire…  and of 400 women and children on the No Gun Ri bridge in Korea, none remained alive…

This was one of the least bloody episodes of America’s war on Korea, which was described by one American general, Anthony B. Herbert in his book Soldier:

"A million men in less than 11 months of conflict have already gone and it grows more savage every day (…) the war in Korea has destroyed a nation of 20 million people (...) I've seen as much blood and disaster as any living man, and it just curdled my stomach." Anthony B. Herbert.

When the United States received knowledge that its bitter enemy would surrender and end the war, that was the worst possible news. The fun would end before it could test the new weapon, and they couldn’t give this up. They had to be quick. Indeed, in the second week of August, the US used the citizens of Hiroshima and Nagasaki as guinea pigs to test the new weapons – two atomic bombs, leaving behind 200,000 killed as well as genetic defects due to radiation for future generations.

The Second World War finished with the United States victorious for the entire world against the powers of darkness – it became the leader of the free world, the beacon of democracy, and the sponsor of peace throughout the world! And it has caused the deaths of 20 million innocent people, in 37 countries around the world, since the end of the Second World War.

But this was in the past, we are in a new era, are we not?

Do you see this young girl… She was killed in an American airstrike along with 14 other people. The strike targeted one of her relatives, who was not present at this location. This girl, by the way, was American, but in the war on terror who cares? Look at her face, her name is Nuwar… and she won’t be the last. 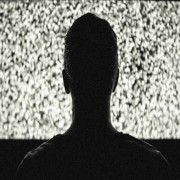 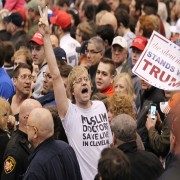 The Myth of an Anti-Semitic Genocide in Muslim Scripture