Managing the Economy the Islamic Way

The American property market started its downfall towards the end of 2007 and continued to go down for two years. This represented a risk for the world economy as a whole.

In the first year alone 2.6 million people lost their jobs in the United States, but this figure continued to rise until the number of those who lost their jobs reached 8.8 million, according to the figures published by the US Bureau of Labour Statistics, which is a federal agency. The great majority of these losses were among the people whose wages are 14-21 US dollars per hour. When the economy had recovered in 2012, only one quarter of these were back in employment.

Apart from this, one million people lost their jobs in Britain, and the adverse effects spread throughout Europe, and generally speaking throughout the world.

Let us not dwell long on this, because everyone knows this tragedy. Some, however, wonder whether it was avoidable. The realistic answer is that it could not have happened under an Islamic system, but unfortunately finance ministers and American economic professors did not hear of this, or they might have heard of it when it was already too late.

Some may wonder, what is the relationship between prayer, fasting on the one hand and mortgaging property assets on the other?

What people do not know is that Islam has put in place certain economic principles that apply to all transactions. These could have prevented the collapse of the American property market.

Explained simply: Islam prohibits securitization banking, because usury is clearly forbidden according to the Qur'an: ‘Believers, do not gorge yourselves on usury, doubling [your money] again and again’. Likewise, Islam prohibits ‘selling loans in return for loans’. These two transactions were the underlying cause leading to nearly nine million Americans losing their jobs in the twenty-first century. Was this a coincidence? Perhaps.

What we need to understand is that Islamic economy is based on principles that are completely different from the basis of the world market. The world money market is based on profit, while Islamic economy aims at ensuring and maintaining man’s progress. Islam wants the economic system to complement the social and political systems in aiming at social progress.

A basic principle is that of profit and loss sharing. This is very different from making borrowing an essential rule, particularly when rates of interest become too high to render full repayment impossible and lead to the repossession of the borrower’s home

Islamic economy is based on real exchange of money and goods, not on any virtual dealings or speculation that resells a commodity without being received by its first buyer. Thus, speculation may lead to the price rising very high, regardless of the real price in shops.

Islam forbids monopoly, selling loans and usury. It establishes truth and honesty as the two pillars upon which financial transactions are based. Therefore, nothing is surprising in the fact that the greater number of Muslims in South East Asia and Europe embraced Islam through dealing with Muslims in business.

An interesting point of information: twenty years ago, Maurice Allais, the 1988 Nobel Prize winner for economics, undertook a study of the serious structural problem of the liberal world economy. He suggested two remedies: the first is to bring the rate of interest down so that it is close to zero. Isn’t this consistent with the Islamic system? The other remedy is to bring income tax down to around 2%. Does this remind us of the zakat system in Islam? 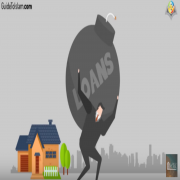