Atheism sees life as an accident; the universe spontaneously sprung up from nothing, without plan, design, or conscious intention … and life somehow started from a chance combination of chemicals.

Atheism believes that life, in itself, has no intrinsic purpose, meaning or value, and ultimately ends. It is to be enjoyed at times, endured at other times, and then it is gone.

Evolution, which was founded and supported by atheism, perceives humans as just a random collection of molecules and reaction of chemicals that formed by forces of nature over the course of endless ages of undirected evolutionary development.

Evolution claims that humans, like all other creatures, evolved on planet earth by chance from earlier primates that are now extinct. It proposes that humans and apes derive from a common ape-like ancestor, which, over millions of years, evolved into humans in one direction and apes in another direction.

Atheism believes that humans, like all other accidental creatures, exist for no reason or purpose whatsoever, apart from survival and reproduction. In his book, The Selfish Gene, Oxford evolutionary biologist and writer Richard Dawkins stated outright: "You (humans) are for nothing. You are here to propagate your selfish genes. There is no higher purpose to life."

Atheism believes that humans, and all other living creatures, attain their stages of infancy, youth, maturity, old age, and death towards no end. However, without assigning some meaning to life, this atheistic worldview is unlivable. So in the face of a purposeless and meaningless universe, it is up to every human to invent a meaning and purpose that suits their own preferences and desires, which in the end will dissipate in the emptiness of a pointless, indifferent, and uncaring universe.

Taste of Life Without God

Life loses its meaning and direction when God, the only source that can define the reason for life, is removed.

He’s a real nowhere man.
Sitting in his nowhere land.
Making all his nowhere plans for nobody.

“A life that ends with death, and no afterlife, is a life not worth living.” Dr. Mustafa Mahmoud. 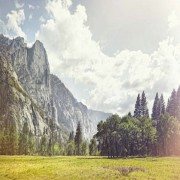 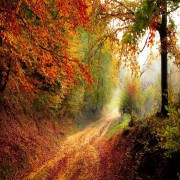 Running life with disregard to the maker’s instructions