I came from a purely Hindu family where we were always taught to regard ourselves (i.e. women) as beings who were eventually to be married off and have children and serve the husband - whether he was kind or not.  Other than this, I found that there were a lot of things which really oppressed women, such as:

If a woman was widowed, she would always have to wear a white sari (costume), eat vegetarian meals, cut her hair short, and never re-marry.  The bride always had to pay the dowry (bridal money) to the husband’s family.  And the husband could ask for anything, irrespective of whether the bride would have difficulty giving it.

Not only that, if, after marriage, she was not able to pay the full dowry, she would be both emotionally and physically tortured, and could end up being a victim of “kitchen death” where the husband, or both the mother-in-law and the husband, try to set fire to the wife while she is cooking or is in the kitchen and try to make it look like an accidental death.  More and more of these instances are taking place.  The daughter of a friend of my own father’s had the same fate last year!

In addition to all this, men in Hinduism are treated literally as among the gods.  In one of the religious Hindu celebrations, unmarried girls pray for and worship an idol representing a particular god (Shira) so that they may have husbands like him.  Even my own mother had asked me to do this.  This made me see that the Hindu religion, which is based on superstitions and things that have no manifest proof but were merely traditions which oppressed women, could not be right.

Subsequently, when I came to England to study, I thought that at least this is a country which gives equal rights to men and women and does not oppress them.  We all have the freedom to do as we like, I thought.  Well, as I started to meet people and make new friends, learn about this new society, and go to all the places my friends went to in order to “socialize” (bars, dance halls, etc.),  I realized that this “equality” was not so true in practice as it was in theory.

Outwardly, women were seen to be given equal rights in education, work, and so forth, but in reality women were still oppressed in a different, more subtle way.  When I went with my friends to those places they hung out at, I found everybody interested to talk to me, and I thought that was normal.  But it was only later that I realized how naïve I was and recognized what these people were really looking for.  I soon began to feel uncomfortable, as if I was not myself: I had to dress in a certain way so that people would like me, and had to talk in a certain way to please them.  I soon found that I was feeling more and more uncomfortable, less and less myself, yet I could not get out.  Everybody was saying they were enjoying themselves, but I don’t call this enjoying.

I think women in this way of life are oppressed: they have to dress in a certain way in order to please and appear more appealing and also talk in a certain way so people like them.  During this time, I had not thought about Islam, even though I had some Muslim acquaintances.  But I felt I really had to do something to find something that I would be happy and secure with and would feel respected with.  Something to believe in that is the right belief, because everybody has a belief that they live according to.  If having fun by getting off with other people is someone’s belief, they do this.  If making money is someone’s belief, they do everything to achieve this.  If they believe drinking is one way to enjoy life then they do it.  But I feel all this leads to nowhere; no one is truly satisfied, and the respect women are looking for is diminishing in this way. 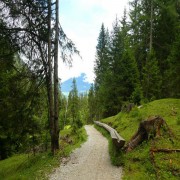 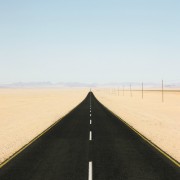 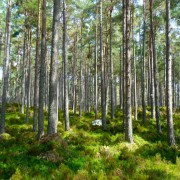