Preservation of Sunnah (part 2 of 4)

·Understand that the hadith was preserved in writing in early Islam in addition to being memorized.

· Hadith - (plural – ahadith) is a piece of information or a story. In Islam it is a narrative record of the sayings and actions of Prophet Muhammad.

All the companions of Prophet Muhammad, may the mercy and blessings of Allah be upon him, did not have an opportunity or an equal interest in being committed to preserving the Sunnah.  Everyone had to work for his living, while the defense of the Muslim community against overwhelming odds had placed an additional burden on most of them.  There was, however, a party of companions known as Ashab-us-Suffa who lived in the Mosque itself, and who were specially prepared for the teaching of religion to tribes outside Medina.  The most famous of these was Abu Hurairah who would stick to the Prophet’s company at all costs, and memorize what the Prophet said or did.  His efforts were directed towards the preservation of hadith.  He himself is reported to have said once:

“You say Abu Hurairah is profuse in narrating hadith from the Prophet, and you say, how is it that the Muhajirin (Emigrants) and the Ansar (Helpers) do not narrate hadith from the Prophet like Abu Hurairah.  The truth is that our brethren from among the Emigrants were occupied in transacting business in the market, while I used to remain with the Prophet having filled my stomach, so I was present when they were absent and I remembered what they forgot. Our brethren from among the Helpers were occupied with work in their lands, and I was a poor man from among the poor inmates of the Suffa, so I retained in memory what they forgot.” (Saheeh Al-Bukhari)

Aisha, the Prophet’s wife, was also one of those who were cardinal in preserving the Sunnah of the Prophet, especially the Prophet’s family life.  She had a sharp memory, and was in addition gifted with a clear understanding.  There is a report about her according to which “she never heard anything she did not recognize but she questioned about it again.”[1]  In other words, she did not accept anything until she was fully satisfied.

‘Abdullah ibn ‘Umar and ‘Abdullah ibn ‘Abbas are two other companions who were specially engaged in the work of preserving and transmitting the knowledge of the Quran and the hadith, as was ‘Abdullah ibn ‘Amr who was in the habit of writing sayings of the Prophet, may the mercy and blessings of Allah be upon him.  Besides those who were specially engaged in this work, every companion of the Prophet tried to preserve such of his words and deeds as came to his knowledge.  ‘Umar had made arrangements with a neighbor of his to be in the company of the Prophet on alternate days, so that the one reported to the other what happened in his absence.

Writing of Hadith in Prophet’s Lifetime

The popular idea among some people that the hadith was not written down until two hundred years after the Prophet is falsified by facts.  It is a gross error to think the entire hadith of the Prophet remained an oral tradition until it was penned down a few centuries later.  The preservation of what the Prophet did or said was not an afterthought on the part of the Muslims.  The companions of the Prophet, while translating into practice most of his sayings also preserved them  in writing in addition to their memory.  They were conscious of the fact that his Sunnah must be preserved for future generations.  Hence they not only preserved it in memory but resorted to pen and ink as well.  Two examples discussed earlier were that of Sahifah of Hummam ibn Munabbih and As-Sahifah As-Sadiqah.

Abu Hurairah tells us that when one of the Ansar complained to the Prophet of his inability to preserve in his memory what he heard from him, the Prophet’s reply was that he should seek the help of his right hand, that is, should write them down.

Another well-known report is from ‘Abdullah ibn ‘Amr: “I used to write everything that I heard from the Prophet, intending to commit it to memory.  (On some people taking objection to this) I spoke about it to the Prophet,

Write down, for I only speak the truth

In the year of the conquest of Mecca, the Prophet delivered a sermon on the occasion of a man being killed by way of retaliation for some old grievance.

When the sermon was finished, a man from among the people of Yemen came forward and requested the Prophet to have the same written down for him, and the Prophet gave orders to that effect. 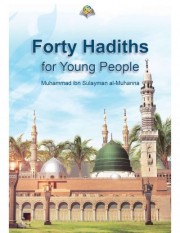 How did the Sunnah reach us? 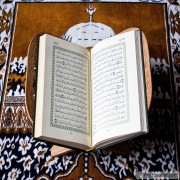 What is the Sunnah? (part 1 of 2): A Revelation like the Quran