Preservation of Sunnah (part 4 of 4)

· Identify the role of Umar bin Abdulaziz in preserving Sunnah.

· Identify the completion of hadith collection in third century and the major works of the time.

· Hijrah - the act of migration from one place to another. In Islam, the Hijrah refers to the Muslims migrating from Mecca to Medina and also marks the beginning of the Islamic calendar.

· Hadith - (plural – ahadith) is a piece of information or a story. In Islam it is a narrative record of the sayings and actions of Prophet Muhammad.

Third Stage in Collection of Hadith

With the passing away of the generation that had seen and heard the Prophet directly, the work of the collection of hadith entered a third stage.  Since the Companions had traveled far in the Islamic world and entrusted the knowledge of Sunnah to their students before their death there were no more reports to be searched for from different persons, and the whole of the hadith accumulation was now the property of the different teachers who taught at different centers.  But in the second stage, hadith had passed from individual possession into public possession, and therefore the whole body of accumulated hadith could be learned in the third stage by referring to different centers instead of searching it from different individuals.

Umar ibn Abdulaziz, the Umayyad Caliph, who ruled towards the close of the first century of Hijrah, was the first man who issued definite orders to the effect that written collections of hadith should be made.  Umar ibn Abdulaziz wrote to Abu Bakr ibn Hazm:

“See whatever saying of the Prophet can be found, and write it down, for I fear the loss of knowledge and the disappearance of the learned men; and do not accept anything but the hadith of the Prophet; and people should make knowledge public and should sit in companies so that he who does not know should come to know, for knowledge does not disappear until it is concealed from the public.”[1]

Abu Bakr ibn Hazm was the Caliph’s governor at Medina, and there is evidence that similar letters were written to other centers.  Before the middle of the second century, written collections of hadith saw the light of the day.  Hundreds of students of hadith were engaged in the work of learning it in different centers.  Every scholar of hadith traveled in search of hadith.  Khateeb al-Baghdadi, a famous classical scholar, has written an entire work, Ar-Rihlah fi Talab al-Hadith, or Traveling in Search of Hadith.  What is interesting is that the work talks about scholars who traveled in search of just one hadith!  By far the most important collection of the era is the Muwatta of Imam Malik which has recently been translated into English.

Fourth Stage in Collection of Hadith

The work of the collection of hadith was brought to completion in the third century of Hijrah.  Carefully compiled books of hadith from this era have reached us in their complete form.  It was then that three kinds of collections of hadith were made: Musnad, Jami’, and Sunan.  The Musnad was the earlier type and the Jami’ the later.  The collections of hadith known as Musnads were arranged, not according to the subject matter of the hadith, but under the name of the companion on whose final authority the hadith rested.  The most important of the works of this class is the Musnad of Imam Ahmad Hanbal which contains about thirty thousand narrations.  Ahmad was born in 164 A.H. and died in 241 A.H. and is one of the greatest scholars in the history of Islam.  His collection, however, contains reports of all sorts.  The Jami’ not only arranges reports according to the subject matter, but is also more critical.  Six books are recognized generally under this heading, being the collections made by Muhammad ibn Isma’il, commonly known as Al-Bukhari (d. 256 A.H.), Muslim (d. 261 A.H.), Abu Dawud (d. 275 A.H.).  Al-Tirmidhi (d. 279 A.H.), Ibn Maja (d. 283 A.H.) and Al-Nasa’i (d. 303 A. H.).  These books classified reports according to subject matter, making hadith easy for reference for the scholars of Islam.  All these books have reached us as written by their original authors.  Some of the major works have been translated into English.

Throughout the stages of hadith collection, eight methods were utilized in preserving hadith.  Only the first and second will be discussed briefly below:

(1)  Sama’: that is reading by the teacher to the students.

(2)  ‘Ard: reading by the students to the teachers.

(3)  Ijazah: to permit someone to transmit the hadith or book on the authority of the scholar without reading by any one.

(4)  Munawalah: to hand someone the written material to transmit.

(5)  Kitabah: to write hadith for someone.

(6)  I’lam: to inform someone that informer has permission to transmit certain material.

(7)  Wasiyah: to entrust someone his books.

(8)  Wajadah: to find some books or hadith written by someone just as the Christian discovery of the Dead Sea Scrolls, or the find of the oldest manuscript of the New Testament with some monks in Mt. Sinai by Tischendorf.  At no stage did Muslim scholars recognize this to be a reliable method of transmission.

In the period of the Companions only the first method was used.  The students used to stay with their teachers, serve them, and learn from them.  A little later, the most common methods were the first and second.  Since wajadah was not recognized by the scholars, any method other than the seven listed above was not accepted.

Sama included oral recitation, reading from books, questions and answers, and dictation.  The practice of oral recitation of hadith by the teacher began to decline from the second half of the second century, although it persisted for a long time.  The students were attached to one scholar for a long period of time, until they were considered authorities on the hadith of their teacher. Only a few hadith, about four or five were discussed in one lesson.  Reading by the teacher from his own books was preferred.  Reading by the teacher from the student’s book was also done.  This was a way to test the teacher to see if he had memorized his hadith properly.  They would insert hadith into the hadith they had learned from their teacher, and hand the book to the teacher to read, to find out if he had a grip on his stuff.  Those who failed to recognize the additional material were denounced and deemed untrustworthy.

‘Ard was the most common practice from the beginning of the second century.  Either copies were provided by the teachers, or made by the students from the original.  They made a circular mark after every hadith.  Whenever the student read the hadith to his teacher, he would make a mark in the circle to indicate that the hadith had been read to the teacher.  This was necessary because even though the student knew the hadith through books, he was not allowed to use it in teaching it to others or for his own compilation until he had obtained it through proper means.  Otherwise, he would be called hadith thief, sariq al-hadith.

A regular record was kept and after the complete book was read, a note was written by the teacher or one of the famous scholars attending the classes.  These gave details of attendance, like who listened to the complete book, who joined partly, what part they read, and what part they missed, giving dates and places.  The book was usually signed by the teacher or a famous attending scholar, to indicate that no further additions can be made to the book.

As a result of tremendous and meticulous efforts of early Muslims the Sunnah and hadith of the Prophet has been preserved accurately and reliably for us.  Since Prophet Muhammad, may the mercy and blessings of Allah be upon him, is the last prophet sent by Allah to humanity, it only makes sense that his teachings be preserved completely.  If his teachings were not preserved, another prophet would be necessary to find out what Allah’s religion is and how Allah has to be obeyed.  The teachings of Prophet Muhammad will be preserved till the Day of Judgment and therefore no more prophets will appear.  It is upon us to learn and practice Islam as Prophet Muhammad taught correctly and fully to earn salvation. 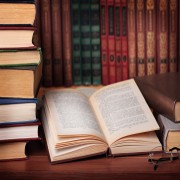 Examples of the Prophet Muhammad’s Sayings 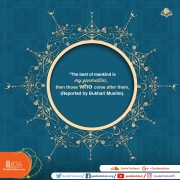