I would like to dedicate this brief work to all human beings. I ask Allah ̶ the One True God, the Creator, the Most Able, the Most Powerful, the Most Merciful, the Most Compassionate, and the Most Kind ̶ to grant us all true belief in Him, and with it happiness, contentment, and safety, as well as protection from and prevention of all worries, evils, epidemics, and pandemics (like coronavirus diseases) that strike the world.

Many centuries ago, even before the advent of what today is called ‘Preventive Medicine,’ the Prophet of Islam, Muhammad (PBUH) (may Allah bless him and grant him peace) gave us guidance through his actions and sayings (hadiths). These are in line with the Glorious Qur’an, which Allah describes as containing divine guidance, mercy, light, and healing. This guidance ensures happiness and tranquility, as well as protection from and prevention of worries, evils, epidemics, and pandemics like COVID-19!

In an article in Newsweek on March 17, 2020,1 Professor Craig Considine asks, “Do you
know who else suggested good hygiene and quarantining during a pandemic?”

He answers, “Muhammad, the prophet of Islam, over 1,300 years ago. While he is by no means a ‘traditional’ expert on matters of deadly diseases, Muhammad nonetheless had sound advice to prevent and combat a development like COVID-19.”

Dr. Considine refers to the following sayings of Prophet Muhammad (PBUH) :“If you hear of an outbreak of plague in a land, do not enter it; but if the plague breaks out in a place while you are in it, do not leave that place.” (Sahih, Bukhari)

“One who is sick should not be put with one who is healthy.”(Sahih, Muslim)

Islam also provides guidelines that are now being widely recommended for minimizing
infections. For example, Muslims should keep their nails trimmed and wash their hands
thoroughly when making ablution before the five daily prayers, before and after eating, after using the bathroom, and at other times.

And he (PBUH) said,“Whoever wakes up from his sleep should wash his hands before putting them in the water for ablution, because nobody knows where his hands were during sleep.”  (Sahih, Bukhari)

In brief, Prophet Muhammad (PBUH) taught us that anyone who seeks protection, safety, and happiness should believe sincerely in the One True God (Allah), the Creator, worshiping Him and praying to Him alone. God (Allah) is the One who has the ultimate control and power. It is He, the Creator, who is entirely able to protect and heal us, according to His Will. The Glorious Qur’an states: ‘And when I am ill, it is He who cures me.’ (26:80)

Indeed, through this firm belief in Allah, we attain sincere submission, true tawheed (belief in the Oneness of Allah), and full reliance upon Him Who has the complete power and ability to benefit or harm us and to provide us with a good life and sustenance.

The Glorious Qur’an teaches us: ‘Say, "We will never be struck except by what Allah has decreed for us; He is our protector." And let the believers rely upon Allah.’ (9:51)

In addition to relying upon Allah, Prophet Muhammad (PBUH) told us do what it takes to maintain our health and wellbeing.

The following is a carefully selected set of the Prophet’s supplications and sound (sahih) hadiths for protection and prevention, God willing.

Prophet Muhammad (PBUH) also said, “Recite Surat Al-Ikhlas [Chapter 112] and Al- Mu‘awwidhatain (Surat Al-Falaq and Surat An-Nas [Chapters 113 and 114]) three times at dawn and dusk, and it will suffice you in all matters.”  (Sahih, Abu Dawood)

He (PBUH) also said, “Whoever says, three times every morning and every evening, ‘In the Name of Allah, with Whose Name is protection against every harm in the earth and the heaven, and He is the All-Hearing, the All-Knowing,’ ̶ nothing shall harm him.”  (Sahih, Tirmidhi)

A true believer in the One True God (Allah), the Creator, firmly believes that Allah is the real protector from all evils and epidemics. Therefore, we have to rely upon Him alone and return to Him with repentance, asking forgiveness (istighfar), supplication (du‘a), submission to Him, and following the guidance brought by Prophet Muhammad (PBUH) and the revelations (the Glorious Qur’an) sent to him; thus, we will attain happiness, safety, and protection from and prevention of depression, worries, evils, diseases, epidemics, and pandemics, God willing.

In conclusion, the Quran tells us:

‘And We have already sent [messengers] to nations before you [O Muhammad]; then We seized them with poverty and hardship so that perhaps they might humble themselves [to Us].’ (6:42)

‘And ask forgiveness of your Lord and then repent to Him. Indeed, my Lord is Merciful and Loving.’ (11: 90) 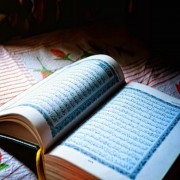 What did they say about the Quran? - Part two 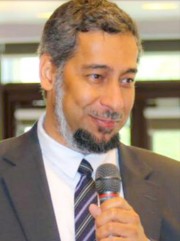