From an Islamic point of view, Usury is a major social, religious and economic crime. It is one of the practices of Jahilayah (Pre-Islamic era), it has drastic negative effects on the individual and society. Usury prohibited by Islam is divided into two categories:

The first: Riba an-nasi'ah commonly practiced in Jahilayah, it means charging interest on the loan lent to an insolvent debtor. A person, for example, may lend another person a sum of money to be paid back on a specified date. When the date agreed upon is due, the creditor gives the debtor the choice either to repay the debt or defer repayment in return for charging additional interest on the principal.

The second: Riba Al-Fadl which is derived from the Arabic root "fadl" which means "increase" or "growth". this type of Riba involves increase in either of the two articles subject to exchange, for example selling a kilo of wheat for a kilo and a half of wheat. It is prohibited to charge interest on such transactions where any of the above things are exchanged for articles of the same type. The majority of scholars unanimously agreed that both kinds of usury are prohibited.

The proofs of prohibiting Usury from the Qur’an

Almighty Allah says (what can be translated as):

“Those who consume interest cannot stand [on the day of resurrection] except as one stands who is being beaten by Satan into insanity. that is because they say, "trade is [just] like interest." but allah has permitted trade and has forbidden interest. So whoever has received an admonition from his lord and desists may have what is past, and his affair rests with Allah. But whoever returns to [dealing in interest or usury] - those are the companions of the fire; they will abide eternally therein. (275) Allah destroys interest and gives increase for charities. and Allah does not like every sinning disbeliever.” (276)

“O you who have believed, fear Allah and give up what remains [due to you] of interest, if you should be believers.”

“O you who have believed, do not consume usury, doubled and multiplied, but fear Allah that you may be successful.”

“And whatever you give for interest to increase within the wealth of people will not increase with Allah. But what you give in Zakah, desiring the countenance of Allah - those are the multipliers.”

The proofs of prohibiting usury from the Sunnah

Many Ahadeeth are narrated from the Prophet, peace be upon him, clarifying the danger of Riba and the consequences of it on the society. It is narrated by Abdullah Ibn Massoud (may Allah be pleased with him) that "the Messenger of Allah (peace be upon Him) cursed the one who consumes Riba and the one who pays it” in another narration by Jabir Ibn Abdullah (may Allah be pleased with him):

“…and one who records it, and the two witnesses,” and he said: they are all equal.

“A dirham of Riba (interest) knowingly taken by a man is a sin worse than committing Zina (fornication) 36 times.”

The Prophet (pbuh) said: "avoid the seven destructive things." it was asked: (by those present):

"what are they, o Messenger of Allah?" he replied, "associating anyone or anything with Allah in worship; practicing sorcery, killing of someone without a just cause whom Allah has forbidden, eating of usury, devouring the property of an orphan, fleeing from the battlefield and slandering chaste women who never even think of anything touching chastity and are good believers."

The harms of Usury and the wisdom behind the prohibition

Islam rates usury as a major sin because of its negative consequences on the Muslim individual and society. usury spreads poverty and it makes wealth accumulates for the rich, leading to the erosion of the middle class, lust for money, stinginess, running after wealth and material things, dissociation of society and control over Muslims wealth by their enemies, this is why Islam prohibits usury and considers it a major sin. 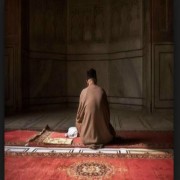