When a Western person asks whether Islam approves of slavery, my answer is a definite ‘No’.

What Islam has is a system that is as akin to slavery as the American sport which involves players hold an oval ball tight to their chests and fight against their opponents, wearing metal helmets, is akin to football. They call it American Football, when it is everything but football. It should have a different name. The same is the case with Islam. It has a system which is everything but slavery, even though it involves that some people are called "slaves"

Anybody who knows something about slavery realises that a slave loses his humanity and becomes an ‘object’ whose owner can do whatever takes his fancy. A master could kill his slave to relieve his own boredom, or he may torture him to death, or work him day and night. Such is the underlying rule of slavery. These are not isolated cases, but basics of slavery as anyone who saw the film 12 Years a Slave or Django Unchained   clearly knows, do you remember the scene in which dogs are eating slaves alive?

Do you remember that? Now, Do you realise that this actually happened?

I bet you didn’t think of it. But this is  normal. Because again.. A slave loses his humanity and becomes an object owned by his master.

Under Islam the whole thing is different. A slave retains his humanity. No measure of ill-treatment of slaves, however small, is permissible. Even assigning a task that is too hard for the slave to do is not permissible. If such a task must be completed, then Islam requires the master to help the slave and work with him. Such was the commandment of Prophet Muhammad: ‘Do not charge them with tasks they cannot fulfil. If you do, then help them’.

These are better work conditions than those endured by countless employees of some multi-national companies. Moreover, a slave should be given of the same food and clothes as the master. The Prophet says: ‘Your servants are your brethren whom God has placed under you. Whoever has a brother under him should feed him as he eats and give him clothes as he wears’.

It may be said: ‘Still you are called a slave; aren’t you? It is better to be free, even if you have to endure worse conditions. A free bird is better than one in a golden cage’.

This is perfectly true. Therefore, God has given slaves the right to free themselves.

WHAT .. are you kidding me?  You are kidding right?

No I am not

Under Islam, a slave could enter into a contractual agreement with his master giving the master an agreed amount of money in return for the slave’s freedom.

WAIT>>> Does this mean that a slave can be financially independent?

Now, Do you still think that this system has any comparison with modern slavery? Under modern slavery, a ‘free’ person is made to work throughout his entire life in return for pittance granted by multi-national companies whose profits are in tons of billions of dollars. They are practically slaves.

Our world has promoted sexual slavery under which thousands of women are employed in the pornographic industry. These women are given long-term contracts that pay 90% of them hardly enough to live on and educate their children. Most of the so-called sex workers have acknowledged that their work undermines their future as it gives them no chance to take up any respectable employment. They are practically slaves.

Do you know that the United States enslaved four million innocent Africans and placed them under the conditions I have described? In terms of today’s money, a slave was sold for 12,000 dollars. By 1850 American slaves then represented what was equal to one-fifth of the national wealth of the United States. Yet this is not worse than present day conditions as an unprecedented number of people are today enslaved, doing hard jobs and enforced prostitution in various parts of the world, at the bargain price of 90 dollars per head. This is cheaper than the price of a pair of trainers from Nike.

Now It may be said

But  Islam imposes slavery on captives of war; does it not?

The answer is yes, Undoubtedly.

If you were taken captive in war, would you prefer to be a slave under Islamic conditions I have described, or would you try your luck under the Geneva conventions as they are applied in Abu Ghreib prison, for example?

Or the German concentration camps?

Or in Syria? Or Israel?

Answer me. Point to me on a time and place map, which conditions do you prefer as a war captive?

Right, I would choose Islam too. 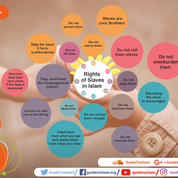 Rights of slaves in Islam 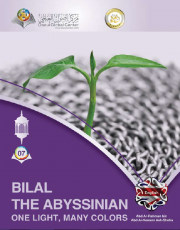