They are among the treasures of mankind, not merely Muslims.’Gandhi in his foreword to ‘The Sayings of Muhammad,’ by Sir Abdullah Suhrawardy,John Murray Publishers Ltd, London, 1941.

Islam: A peaceful religion of worship and submission to God.
Muslim: A person who believes in and practices Islam. There are 1.6 billion Muslims in the world today from all races and backgrounds.
Allah: Arabic word for God. Allah is the God of Abraham, Moses, Jesus, and Muhammad. He is the Creator of all human beings.
Prophet Muhammad : The Last Prophet sent by God to deliver His message to all of humanity. He was born over 1400 years ago in the city of Mecca.
Quran (or Koran): The sacred book of Islam. The Quran is the Speech of God that was revealed to the Prophet Muhammad and written down during his life.

Are We Sure That the Prophet Muhammad Said That? (Collection & Preservation)

The teachings of the Prophet Muhammad  (Sunna in Arabic) are contained in the books of ‘hadith.’The ‘Sunna’ is central to the understanding of Islam because without it one cannot really understand how to implement the faith.

During the life of the Prophet Muhammad  and shortly after his death, his companions preserved his sayings and actions by collecting and writing them down. Muslim scholars developed a very sophisticated system to investigate the transmitted material or the ‘hadith’:

Based on the results of this examination, hadiths were classified into four different types:

Only the first two categories are considered authoritative by Muslims scholars.

What Did The Prophet Muhammad Teach?

Here is a sample of the teachings of Prophet Muhammad .

(The names in the footnotes are books written by different scholars of hadith in which the sayings of the Prophet Muhammad  are collected. Most of these books are translated into English and some are available online free of charge.)

Being in the World

Be in the world as if you were a stranger, or a traveler

God has inspired me that you should be humble so that so no one despises anyone, and no one oppresses anyone.

The just will be on platforms of light in the presence of God; those who are just in their decisions, with their families, and with what they are in charge of

Injustice will be layers of darkness on the Day of Resurrection

God is Kind, and loves kindness in all things.

If two Muslims meet with their swords drawn, both the killer and the killed will be in the Hell-Fire.’ Someone asked, ‘O Messenger of God, this befits the killer, but what about the one killed?’ The Prophet said, ‘He was in fact trying to kill his companion

(Of the) major sins are: to ascribe partners to Allah, disobey parents, murder someone, and to take a false oath (intentionally)

Jesus and Muhammad (peace be on them)

I am the closest of all people to Jesus, son of Mary, in this world and in the Hereafter; for all prophets are brothers, with different mothers but one religion

Never is a believer stricken with a discomfort, an illness, an anxiety, a grief or a mental worry - even the pricking of a thorn - except that Allah will expiate his sins on account of his patience

Desiring Good for Others

"I will be like this in Paradise with the person who takes care of an orphan." The Prophet then raised his forefinger and middle finger by way of illustration

Smiling at your brother is charity

God does not judge you according to your appearance and your wealth, but He looks at your hearts and looks into your deeds

Who Wrote It Down?

Among the more notable scholars who collected hadith are Imam Bukhari from Bukhara (a city in modern-day Uzbekistan) and Imam Muslim of Persia (modern-day Iran). Their collections of hadith are considered to be the most authentic. The English translations are easily available on the Internet. They are the collected sayings and actions of the Prophet, categorized by topic (such as faith, works, testimony, prayer, fasting, charity, marriage, finance), that were compiled in the early centuries of Islam.

What Books of Hadith Do Muslims Read Most Frequently?

The most frequently read and taught book in mosques across the world is called the ‘Gardens of the Righteous,’ by a Muslim scholar named Imam Nawawi. Its translation is available online free of charge. 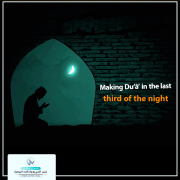 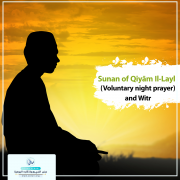 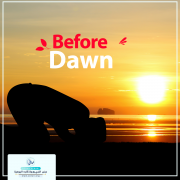