The Five ‘Pillars’ of Islam

When asked by Angel Gabriel, “O Muhammad! Tell me about Islam,” the Prophet Muhammad  listed five actions which would come to be known as the five Pillars of Islam, and Gabriel said, “You have spoken rightly.”

God has mandated five acts upon which the whole religion of Islam is built. These acts of worship are as follows:

One must profess this testimony of faith, summarized in the two testimonies:

Through the belief and attestation of the testimony of faith (Shahadah) one enters the fold of Islam. It is the central belief that a believer maintains throughout his or her life, and is the basis for all a Muslim’s beliefs and worship.

One must offer the five daily prayers at their specific times and in their prescribed manners. Through the prayer, a Muslim maintains his relationship with God, comes to remember Him often, and avoids falling into sin.

Those who have saved a certain amount of wealth for at least a year must allot a specific portion of it annually to designated recipients among the needy. Zakah is not voluntary charity; it is an obligatory duty upon the wealthy and a right of the poor.

Muslims must fast for a period of one lunar month, which is the month of Ramaḍan, by refraining from food, drink and sexual intercourse from dawn to dusk. The goal of fasting, as mentioned in the Quran, is to increase one’s piety and God-consciousness. It helps people sympathize with impoverished and hungry people. And it purifies the body. Fasting Ramadan is an obligation for physically capable individuals.

Some individual circumstances exempt one from the fast, temporarily or permanently. For example, a traveler or a menstruating woman is temporarily exempted; they may make up the fast in other days when they return home or finish their period. Ill people with chronic conditions precluding fasting, such as some forms of diabetes, or elderly people may pay a charity instead of fasting. There is not supposed to be any real physical hardship in the fast; it is more a matter of being patient. If there is physical hardship, then the person is exempted from the fast, but he or she must either make it up by fasting other days or feed the poor in replacement of the fast.

Pilgrimage to the House of God, the Ka’bah, in Makkah is obligatory for every able Muslim once in a lifetime. The Hajj is a physical and visual proof of the brotherhood of humanity, and their equality in front of Allah. Being capable of performing Hajj includes considerations of financial cost as well as physical health.

Core Religious Practice of Islam: The Five Pillars of Islam 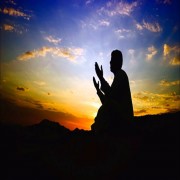 The five pillars of Islam