• Under atheism, there is no such thing as free will. Humans merely experience the illusion of choice. The true makers of their choices are the chemical reactions going on in their brains.

• There are no metaphysical realities (such as God or soul). All that exists is wholly material and physical, and is ultimately reducible to matter, chemicals, and chance. Nothing more. Hence, everything operates in a purely mechanical way, with molecules simply interacting according to natural laws and random chance processes.

• Humans are a part of this unconscious, mechanical, and entirely physical system. Everything about them, including their brains, is governed solely and completely by the laws of chemistry and physics.

• This means that all of human thoughts and hopes and dreams and feelings are not rational, but chemical, and humans have no control over them. Everything that humans do is determined purely by the laws governing the universe, and so choice or freedom is merely an illusion. (Atheism denies the mind, which is the intangible, non-physical part that represents the mental ability of discriminating, perceiving, reflecting, researching, making decisions, forming ideas, and being creative).

• Cornell University professor, William Provine, agrees, noting that, “Free will as it is traditionally conceived — the freedom to make uncoerced and unpredictable choices among alternative possible courses of action — simply does not exist… There is no way that the evolutionary process as it is currently conceived can produce a being that is truly free to make choices.”

• The ability to consciously initiate actions and make decisions is a basic, constitutive property of selfhood and identity. If free will is illusory, and actions are generated unconsciously, then nobody is in control of, nor responsible for, their own actions. Without free will, no one could truly be held blamable or culpable for any act. Everyone is just locked into a course of action that is determined by the motion and behavior of molecules and atoms in their brain. 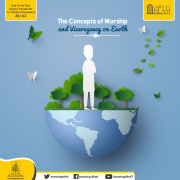 The Concepts of Worship and Viceregency on Earth 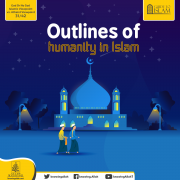 Outlines of humanity in Islam 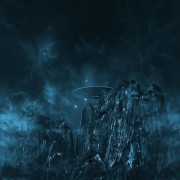 No One to Thank