The Increase or Decrease of Faith

It is very clear from the Quran that a person’s faith increases and decreases. For example, Allah says, “And when His verses are recited to them, they [the verses] increase their faith” (8:2); “That the Believers may increase in faith” (74“It is He who sent down tranquility into the hearts of the Believers, in order that faith be added to their faith” (48:“Those to whom people said:  ‘A great army is gathering against you, hence you should fear it, but such only increased their faith and they said: ‘For us Allah is sufficient’; He is the Perfect Disposer of affairs” (3:173).

There is no question that there are differences in the outward deeds of humankind. This is a reflection and an aspect of the increase and decrease in faith. One must not believe, though, that such is the only fluctuation of faith. Actually, all of the aspects of faith are exposed to this possibility, including— or especially— the deeds of the heart. Even the level of “belief” in the heart or certainty can change in one person and certainly is different from one person to the next. Indeed, one’s love for Allah, fear of Allah, trust in Allah and other aspects of the heart are probably the most prone to change and fluctuation.

Perhaps every individual has experienced this fact described in the verses above. At times, a person is very aware of Allah and of his fear and love for Him. This strong feeling in the person’s heart brings tranquility and warmth to the person and it also keeps him from committing sins. Not only that, it drives him to sacrifice and work harder for the sake of Allah. He becomes very anxious to get up late at night for prayer, for example, or give freely for the sake of Allah. However, at other times, perhaps when the affairs of this world are engulfing him, his remembrance and attachment to Allah is not that great. He does not feel that great feeling of faith in his heart. His behavior and actions are not of the same quality as they are at other times.  When he encounters this stage, when he thinks about getting up at night for prayer or giving charity for the sake of Allah, his soul becomes too tired or not willing to sacrifice. This is nothing but the fluctuations of faith in the person’s heart.

There may be times when a person is at a very high level of faith and remembrance of Allah. When he mixes with worldly events, his family and friends, he may not be at that same level. This type of occurrence even happened to Abu Bakr. A hadith in Sahih Muslim states that Abu Bakr asked Handhalah, another Companion, how he was doing. He answered that he was committing hypocrisy. He explained that by saying that when they are with the Prophet (peace be upon him) and reminded of Heaven and Hell, they are as if they are seeing Heaven and Hell. Then when they retreat to their families, they forget much of what they felt earlier. Abu Bakr stated that he also experienced the same. This is something natural. The person should learn to appreciate those times when he was at his highest level of faith and seek to maintain them for as long as possible.

Even the level of affirmation and knowledge in the heart varies from person to person and time to time in one person. Ibn Taimiyyah states that the affirmation in the heart of the person who simply knows the general aspects of the teaching of the Prophet Muhammad (peace be upon him) will not be the same as that of the person who knows the details of the Prophet’s life and teachings. Similarly, the one who knows more about Allah’s names and attributes, the life of the Hereafter and so forth will be at a different level of affirmation and knowledge than the one who is ignorant of such matters.[1] Ibn Taimiya also argues that the faith of a person who knows the proofs for his beliefs and recognizes the falsehood of other beliefs will be stronger and greater than the one who is unaware of these aspects.[2]

Ibn Taimiya concludes that there is nothing more variable in the heart of man than faith. He says that people should be able to recognize this fact when they consider one of the components of faith, which is love. People recognize their own different levels of love. Love sometimes simply implies a desire to be with or close to one’s beloved. However, it can reach the level where one cannot live without being in the presence of one’s beloved.[3] Similarly, faith, of which love for Allah is one component, can be extremely variable.

This question of faith increasing or decreasing is not simply a theoretical question over which the scholars of the past differed. If a person feels that he has faith and that it is a fixed attribute, he will not strive to increase his faith and he will not fear or notice a decrease in it. This approach in itself can be very dangerous to his faith as the person may not recognize the signs that his faith is decreasing.

Thus, every believer must keep in mind the fact that faith increases and decreases. Hence, the believer should always be on the lookout for any sign that his faith is decreasing. Indeed, he should take positive steps to increase his faith. One can find an example in the Companions of the Prophet (peace and blessings of Allah be upon him). One Companion took another by the hand and said, “Come let us [increase our] faith for a period of time.”[4] This was in reference to reading the Quran, remembering Allah and so forth, actions which will help one revive and increase one’s faith. 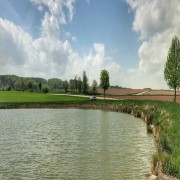 The Sources of Islamic Law and Guidance 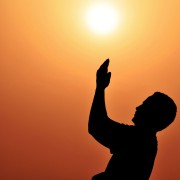 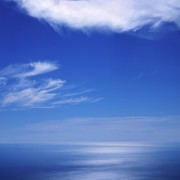