Did you know that one man, who did so much to change the course of human history, was actually a thrice-orphaned child who grew up tending sheep? Who was Muhammad ﷺ, and what did he teach? Before answering these questions it is necessary to present a brief historical background of Arabia, the world into which Muhammad ﷺ appeared.

Arabia—the name conjures up images of sand dunes and exotic sights and scents. While it is true that vast deserts fill most of the land between the Red Sea and the Indian Ocean, there are also scattered fertile valleys, oases, and sleepy coastal cities. Arabia is in the southern part of the Middle East. It is the largest peninsula in the world, covering almost one and a half million square miles (about one-third the size of the United States). The climate of most of Arabia is what one would expect from such a region: long and very hot summers, with little or no rain in many places, except Yemen. Think of Arizona or New Mexico, and you’ll have a pretty good idea of the nature of the land there.

Numerous allusions in the Old Testament refer to peoples and places in Arabia (e.g., Isaiah 21:13; Jeremiah 25:24; Ezekiel 27:21; 2 Chronicles 9:14). A passage in the Old Testament refers to the gold that King Solomon (961–922 BC) received from the kings of Arabia (1 Kings 10:14–15). An inscription dating from as early as the period of King Shalmaneser III of Assyria (854–824 BC) mentions “1000 camel-riders of Gindibu from Arabia” opposing the Assyrians. From the period of King Tiglath-pileser III of Assyria (744–727 BC) down to the reign of the neo-Babylonian king Nabonidus (555–539 BC), there are numerous references to the peoples, rulers, and queens of Arabia.

Abraham, Ishmael, Mecca, and the Arabs

The life of Muhammad begins in Arabia, but his story begins thousands of years before his birth. The book of Genesis mentions the story of Abraham and his two sons, Ishmael and Isaac. Speaking about the firstborn child:

Paran is the area of Western Arabia in which there was a valley named Bakkah (Psalms 84:4-6). Abraham was commanded by God to leave his wife Hagar and his son Ishmael there, all alone, as a test of their devotion. Some of the surrounding tribes began to inhabit this valley, which became known as Mecca. Ishmael grew up with the Arab tribe of Jurhum, learned their language, and became known as Ismail (Quran 22:26).

Later, when Abraham, known in Arabic as Ibrahim, returned, he and his son were instructed by God to build a place of worship dedicated to Him

and was destined to be the last as well. Ibrahim and his son invited the Arabs to only worship God and renounce all other false gods. This belief spread in Mecca and some surrounding regions.

Then he was instructed to invite the surrounding tribes to visit the Kaʿbah and worship there, an act known as the Pilgrimage (Ḥajj) since it requires a journey

After several centuries, the believing Arabs gradually forgot the true way of Ismail. Around the 4th century, idol worship was introduced into the holy city. Hand-carved statues were set-up in front of the Kaʿbah. Within a few centuries, idolatry prevailed around Arabia and the House of Allah had turned into a House of Idolatry. It is not that they did not believe in a Creator, they did (Quran 29:61, 43:9, 43:87). However, they began to believe that God could not be approached directly and their idols were mediators between them and God (Quran 10:18, 39:3). In order to appease these statues, they would even slaughter animals and dedicate the sacrifice to them (Quran 5:3, 6:121). There were other Arabs who didn’t believe in God at all. Some were pure materialists who only believed that time eventually destroys everything (Quran 45:24). Drinking and gambling were rampant. Compounded interest on loans was common. It made the rich even richer and exploited the poor. Women were generally looked at as inferior beings. Some fathers would even bury the girl alive, out of fear of poverty, without any social censure (Quran 6:151, 16:58-59, 17:31, 81:8). A woman could never inherit, neither from her husband nor from her parents. A man was allowed as many wives as he wanted and women could never petition for any type of divorce (Quran 4:22). Prostitution was common and an accepted social norm. One way marriage took place was that a prostitute would put a flag on her house and allow any man a free visit. On getting pregnant, she would call every client that visited her to decide which one of them the child looked like. Whomever she chose would take her as a wife and could not refuse (Bukhari). Very few people could read or write, or had any type of formal education. The only worthwhile achievement was poetry. However, most of their poetry consisted of self-praise, war, depicting women as sex objects, and praising their drunkenness. This period of darkness in Arabia later became known as the ‘Age of Ignorance.’

Courage, generosity, and hospitality were some of the fine qualities of Arabs. The Arabs had a strong sense of loyalty, particularly to their family and tribe. They possessed a firm will and lived a simple life.

Mecca became a main stop on the East-West trade route. It owed its financial existence to the spending habits of the frequent travelers who passed through its otherwise barren valley. Religion was another form of big business, with hundreds of idols being worshipped inside the Ka’ba. To the Meccans, religion equaled money, so the more gods the merrier. Arab culture in the sixth century centered on the concept of the tribe. A tribe was a collection of loosely related individuals headed by a leader called a shaykh. Sub clans existed within the tribe, but internal differences were suppressed for the greater good of the whole. Wherever you were, your tribe was your nation.

There were some Jewish communities a few hundred miles north of Mecca who had managed to spread Judaism in the southern region of Yemen. When the Jewish king began persecuting the Yemeni Christians, the mighty Abyssinian Empire based in Ethiopia, with the aid of the Romans, managed to kick him out of power. Several Arab Christians also resided near the borders with the Christian Roman Empire. In Persia, people had special temples where they actually worshipped fire. Many Arabs in Yemen also adopted this religion after the Persians ousted the Christians here in the 6th century. Buddhism in India and Central Asia had become as idolatrous as Arabia with statues and shrines dedicated to the Buddha. Brahmanism in India was so idolatrous that their gods reached in the millions while people were divided into separate social classes based on their family background. In short, men and women had forgotten God, but God had not forgotten them. 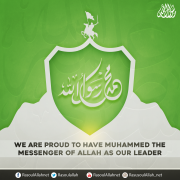 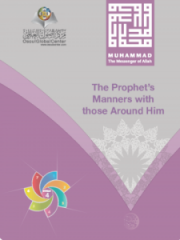 Muhammad The Messenger of Allah - Booklet 4