THE MIRACULOUS QURAN (PART 2 OF 11): THE QURAN AND ORIENTALISTS

Studying the Quran in 1976: The Quran Versus many Non-Muslim Writers

You should keep in mind that this took place in 1976.  This was before the Iranian Revolution and Islam being plastered all over the media.  I didn’t know any Muslims at the time.  (I was living in a relatively small college town and I incorrectly assumed that there were no Muslims there.) Thus, there was no one trying to convince me of the truth of Islam.  In fact, I eventually converted to Islam before ever meeting a Muslim, doing my best to learn the prayers from a book written by a missionary, T. P. Hughes’ The Dictionary of Islam.

Therefore, the information I was receiving about Islam came mostly from non-Muslims writing about Islam.  There were very few books available to me at that time written by Muslims.  In fact, I only recall coming across one work written by a Muslim, a relatively small work by Maudoodi.[1]

However, I was able to find a couple of copies of the Quran translated by Muslims.  In particular, I was reading the translation by Abdullah Yusuf Ali.

In essence, it was truly the Quran versus a number of works written by non-Muslims.  In general, these non-Muslims were forced to praise Islam every now and then but always tried to find some fault with the very basis of the faith.  Thus, they came up with many theories about the Prophet Muhammad and the Quran.  I would be reading their critique side-by-side with the Quran.

Most of the authors I was reading were clearly saying that the Quran was not a revelation from God but simply written by the Prophet Muhammad, may the mercy and blessings of God be upon him.  Such was the view expressed by Richard Bell in The Qur'an: Translated With a Critical Re-arrangement of the Surahs, Arberry in his introduction to his translation of the Quran, Kenneth Cragg in The Call of the Minaret, ad nauseum.[2]

However, as Montgomery Watt noted, this in itself presented a host of questions.  If Muhammad were a phony, did he do what he did maliciously?  He was not known to be an insincere or malicious person beforehand, what then led to his change?  Furthermore, if he did it maliciously, how did he come up with all of the information contained in the Quran, especially while living in a place like Mecca?  Did he have teachers; if so, who were they and where is it documented that he had teachers?

To be frank, I was not very impressed with those who claimed that the Prophet  had some teacher who gave him all of the information that later made up the Quran.  In general, those authors would refer to chance or one-time meetings between the Prophet and specific individuals.  Thus, for example, Muir and Margoliouth attributed the information found in the Quran to Baheerah, a monk that the Prophet may have met in Syria during his youth while part of a trading caravan, long before he claimed to be a Prophet.  Such arguments are flatly illogical and extremely far-fetched.  I did not spend much time with them.

Some critics were forced to admit that the Prophet Muhammad was known to be an extremely honest and sincere person.  They also noted how he did not really materially benefit from his actions, as he continued to live a very sincere and humble life.  Therefore, they concluded that he was honest and sincere but terribly deluded.  But still, if he were deluded, where did this information come from? Some made it seem like it was from his subconscious.  Anderson even called it “wishful thinking.”  Others actually said that he was suffering from epileptic seizures and that the revelations were the result of such seizures.  These theories may have been convincing to anyone who simply read what these authors wrote without taking the time to read and study the Quran itself.  As shall be noted later in this lecture, there is simply too much information in the Quran that could not have possibly have come from one’s own subconscious.

Another common claim that I had read was that the Prophet Muhammad was some kind of “nationalist” leader whose main goal was to unite the Arabs.  Typical of this way of thinking is what was stated in The New Catholic Encyclopedia: “About the age of 40 he received his ‘prophetic call’ to unite Arabs under a monotheism.”[3]

This approach can be considered more complementary, as it does not seek to ridicule the Prophet in any way.  Yet, at the same time, it made no sense to me just on the basis of one reading of the Quran.  It is sufficient to note that there is not one passage in the Quran that is addressed to the Arabs.  In the Quran, God speaks to humankind or the people, believers and disbelievers.  If this book were meant for the Arabs only, why are they never addressed directly and, instead, these general terms that cross all of humanity are used?

In any case, the plethora of their different views concerning the Prophet was a sign to me that something unfathomable to those authors had occurred.  This was all evidence to me that there was really something to the Quran, as otherwise just could have just discounted it as a trivial work, not worth the effort of refuting or discussing.  It actually got me even more interested in the Quran.  This is something that you will see again later: The works that should have dissuaded me from further pursuing the Quran made me more convinced that I need to pursue it further.

[1] Not too long afterwards I came across a book written by someone with a Muslim name. This book was The Spirit of Islam written by Sir Syed Ameer Ali. This book was written by a notorious modernist and, even at that time, I found it in contradiction to everything that I had learned about Islam. Most prominently, Syed Ameer Ali clearly believed that it was the Prophet Muhammad  himself who had written the Quran.

[2] For a review and critique of many of the views of the Orientalists (non-Muslims writing about Islam), the interested reader may consult the following works: Mohammad Khalifa, The Sublime Quran and Orientalism (London: Longman, 1983); Muhammad Mohar Ali, The Quran and the Orientalists (Ipswich, England: Jamiyat Ihyaa Minhaaj al-Sunnah, 2004).

[3] New Catholic Encyclopedia (Washington: The Catholic University of America, 1981), vol. 1, p. 715.  Quoted from Hamza Mustafa Njozi, The Sources of the Quran: A Critical Review of the Authorship Theories (Riyadh, Saudi Arabia: World Assembly of Muslim Youth, 1991), p. 17. Obviously, not all the books that I read at that time are available to me at this time, some thirty years later. However, I do recall the basic works that I read and the basic messages that they gave. For the most part, though, the direct quotes have been “reconstructed” through sources available to me at the time of this writing. 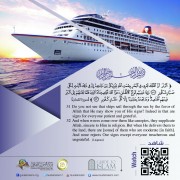 "Do you not see that ships sail through the sea by the favor of Allah that He may show you of His signs?"

THE MIRACULOUS QURAN (PART 6 OF 11): THE EXCELLENCE OF ITS TEACHINGS II 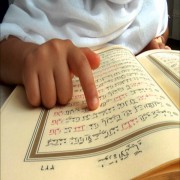