Even though the terms “Islam” and “Muslims” are constantly mentioned in major media outlets, there is still considerable ignorance about both. Islam is often portrayed as a monolithic tradition that oppresses women, incites violence, and is at complete odds with modernity. Muslims are viewed as inherently violent, tribal, anti-Western, backward individuals who wander the desert fighting each other.

Islam is a religious tradition that is 1439 years old. Those who believe in the teachings of Islam are called Muslims. Islam is the religion while Muslims are individuals who attempt follow Islam. Islam started in Arabia and spread throughout the Middle East, Asia, Africa, and parts of Europe. Today, there are approximately 50 Muslim majority countries and a population of 1.8 billion. That means that one in every four people on earth is a Muslim. Muslims come from many different parts of the world, with different social, economic, political, and cultural differences. The actions of Muslims are their own, and unless they are following the teachings of the religion, their actions do not represent Islam.

Often, those who want to argue that Islam is oppressive, backward, terrorist etc. resort to conflating the actions of Muslims with Islam. In other words, they attribute the evil actions of some Muslims to Islam itself to argue that Islam is an evil religion. There are several problems with this argument. First, they are inconsistent in their application of this method. If a Muslim does good, they do not attribute that good to Islam. Extreme and sensational examples are given from particular countries and then extended to reflect all Muslim majority countries and Islam. For instance, many point out that in Saudi Arabia women were not allowed to drive and incorrectly conclude that Islam is to blame.

The inconsistency becomes clear when Muslim countries or women achieve great things, such as becoming head of state, this is ignored and not attributed to Islam. Saudi Arabia, ironically one of our closest allies, is often used as an example of “extreme” Muslims, but there are another 49 Muslim majority countries. That would be like someone arguing that the most extreme cases of immoral behavior in America, think of the Jerry Springer show, or extreme expressions of religiosity, think the Amish, is representative of all American society.

The second problem with this argument is that they only apply it to Islam. In all other facets of life, they can distinguish people from the teachings of a religion or institution. Catholicism is not blamed for pedophilia of certain priests. Democracy is not blamed for the actions of corrupt politicians, and a sports leagues are not blamed for the crimes an individual athlete might commit. Therefore, the actions of Muslim governments or politicians are not representative of Islam. The reality is that there is no government in the Muslim world that is recognized by Muslims as being representative of Islam.

Most of these governments are secular and even crack down on any public expression of religion. Saying the leaders of any Muslim country or politician is representative of Islam is like saying America or Donald Trump are representative of Christianity because America is a majority Christian nation. Individuals who confuse Islam with the actions of Muslims are even able to distinguish between extremists in other religions and the teachings of that religion, but they cannot extend this to Islam.

Finally, this argument assumes “The Muslim world” is monolithic. It is just “those people over there.” Thinking of 50 Muslim majority countries and 1.8 billion Muslims as one and the same is a lazy and simplistic way of studying Muslim individuals and societies, let alone Islam’s impact on these societies. Avoiding the methodological problem of conflating the actions of individuals or governments with the teachings of Islam is essential in studying Islam objectively. Islam is understood by its teachings and texts. Blaming Islam for the actions of Muslims is a lazy way to condemn Islam as evil without objectively engaging the religion’s texts and teachings. 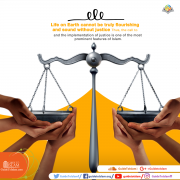 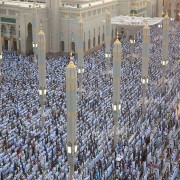 What Others Say About Islam, the Quran, and the Prophet Muhammad ﷺ