There is no question that in God’s scheme for this creation, humans have been given many special talents and skills, making them distinct from other creatures. Thus,

And indeed We have honored the Children of Adam, and We have carried them on land and sea, and have provided them with lawful good things, and have preferred them above many of those whom We have created with a marked preference

This marked preference is not the result of a random form of “evolution” but is the intentional determination of the Creator.

Through divine guidance one can fully understand the many ways by which humans have been honored by their Lord. Through Allah’s revelation, one discovers that humans are not in a battle against “nature” which needs to be conquered. One also learns that humans are not simply the “cousins of apes” with no particular purpose or goal in this life. One also learns that this creation is not “inherently evil” or that one is born with “an original sin” that cannot be removed save through the sacrifice of another being. Starting from vantage points such as those, it is not surprising to see the worth of humans being reduced to virtually nothing.

It is not surprising to see humans being used as simply tools for economic advantage and profit. Indeed, it is not even surprising to see thousands of humans killed simply for the sake of economic advantages and natural resources. After all, coming from such a perspective, why should humans be treated any differently from other animals that are similarly exploited, killed and destroyed? Truly, it is via Allah’s revelation that one becomes to fully appreciate what a human is and how humans should be treated and respected.

In reality, Allah allowed humans to bear the great responsibility of being His servants, by which they can attain the greatest of all rewards. Allah honored humans by revealing books specifically for their guidance. Allah chose messengers and prophets from among humans, giving them the noblest task of conveying Allah’s guidance for humankind. Allah has even subjugated everything in the heavens and the earth to the needs of humans:

In addition, He has given the opportunity to humans to become His devoted servants, martyrs for His cause and scholars of His religion, giving them special nobility and honor. These great achievements are equally open to the males and females of this species. Thus, Allah says, for example,

Never will I allow to be lost the work of any of you, be he male or female. You are (members) one of another, so those who emigrated and were driven out from their homes, and suffered harm in My Cause, and who fought, and were killed (in My Cause), verily, I will remit from them their evil deeds and admit them into Gardens under which rivers flow (in Paradise); a reward from Allah, and with Allah is the best of rewards

Whoever works righteousness, whether male or female, while he (or she) is a true believer verily, to him We will give a good life (in this world with respect, contentment and lawful provision), and We shall pay them certainly a reward in proportion to the best of what they used to do

In fact, the only real difference between people has nothing to do with their gender, their ethnicity, their race, their wealth, their sex appeal or their class. All of those are false ways of considering humans. Such standards, in fact, do nothing but denigrate humans. The only real standard for the worth of a human is his relationship with his Lord. Thus,

O humankind! We have created you from a male and a female, and made you into nations and tribes, that you may know one another. Verily, the most honorable of you with Allah is that (believer) who has piety. Verily, Allah is All-Knowing, All-Aware

One hears a lot of talk about human rights nowadays. This seems to be an attempt to treat humans in the most dignified and respectable manner. However, the biggest problem with human rights is that God is not given His proper role with respect to humans. Instead, humans virtually become the ultimate object of worship—and the “rights” of humans are given dominance over anything else, even the rights of God. In fact, much talk about human rights is not much more than freeing humans from the worship of Allah.[1]

This is not a proper way of honoring humans. Indeed, this is a type of extremism. Whenever anything is magnified out of proportion and giving rights or responsibilities above what it can bear, the result will be harm and suffering. Humans cannot be put into a role where they are given the choice to decide everything for themselves, including what rights they must have upon one another. These kinds of issues can only be decided by their Creator who knows the innermost details of their creation and the interactions with the rest of creation.

In the law of Allah, by the mercy of Allah, Allah has given humans all of the rights that they need and deserve, as only He could possibly determine for them based on His knowledge and justice. They receive from God the rights that they need to live a prosperous and happy life. At the same time, though, they are also given responsibilities. Both rights and responsibilities have to go hand and hand for humans to interact with each other properly in this creation.

The greatest drawback, though, of the human rights proponents is that they can only touch upon rights related to this world. In this way, they are forgetting the most important right because it is beyond the realm of human experience. This is the right that Islam brings them—their special right upon Allah. This right is described in the following hadith:

Recorded by al-Bukhari and Muslim 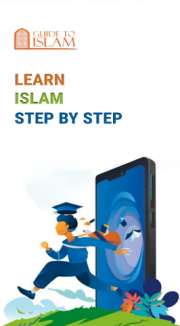 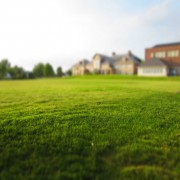 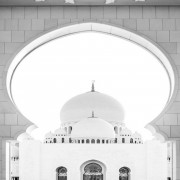