The Questioning in the Grave (part 2 of 2): Your Place until the Day of Judgment

·       To understand the nature of the questions asked in the grave.

·       Hadith - (plural – ahadith) is a piece of information or a story.  In Islam it is a narrative record of the sayings and actions of Prophet Muhammad, may the mercy and blessings of Allah be upon him, and his companions. 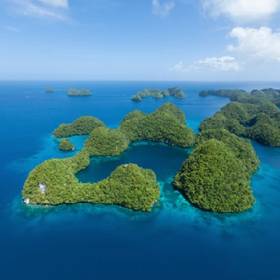 The scene for the disbelievers is very different.  The angels come to a disbeliever “…with dark faces, bringing sackcloth, and they sit around him as far as the eye can see.  Then the Angel of Death comes and sits by his head, and he says, ‘O evil soul, come forth to the wrath of Allah and His anger.’  Then his soul disperses inside his body, and then comes out cutting the veins and nerves, like a skewer passing through wet wool.  When he seizes it, they do not leave it in his hand for an instant before they take it and put it in that sackcloth, and there comes from it a stench like the foulest stench of a dead body on the face of the earth.  Then they ascend and they do not pass by any group of angels but they say, ‘Who is this evil soul?’ and they say, ‘It is So and so the son of So and so’, calling him by the worst names by which he was known in this world, until they reach the lowest heaven.  They ask for it to be opened to them and it is not opened.”  Then Allah records his place as being in the lowest depths of hell.

Once the soul has been reunited with the body, the dead person is visited in their grave by two angels.   In an authentic hadith Prophet Muhammad tells us that these angels are black and blue and named Munkar and Nakeer.  The angels will ask three questions that will affirm a person’s faith and at the same time lay bare their piousness or wickedness.  This is a very important stage because it sets the scene for the whole of a person’s life in the Hereafter.  The angels ask who is your Lord, what is your religion and who is your Prophet? Or as in some ahadith it is said that the question will be who is this man who was sent amongst you?  As you can see these questions concern matters of faith.  If a person answers, my Lord is Allah, my religion is Islam, my prophet is Muhammad … a voice calls out from heaven, “My slave has spoken the truth, so prepare for him a bed from Paradise and clothe him from Paradise, and open for him a gate to Paradise.” If the deceased does not know the correct answer to the questions, then a voice calls out from heaven, “Prepare for him a bed from Hell and clothe him from Hell, and open for him a gate to Hell.  ”

The questioning confirms exactly what a person has understood since the moment of death.  Good really will be rewarded and evil will be punished.  And thus the believer is immediately rewarded with an opening that appears in his grave.  Through the opening the person can see the grandeur and bounties waiting for him in Paradise.  His good deeds will come to him in the form of a well-dressed, handsome , finely perfumed man.  The grave will be widened as far as the eye can see, it will be well-lit and filled with greenery; he will long to tell his family of his good fortune.  The believer will sleep peacefully in his grave.  Prophet Muhammad mentioned in a hadith that the believer will be told to look at his place in the Hellfire and understand that it has been exchanged for a place in Paradise.  “So he will look at them both.  Then his grave will be widened for him to a distance of seventy cubits, and it will be filled with greenery until the Day of Resurrection”.

In contrast, grave of the disobedient will be filled with darkness.  The disbeliever’s punishment begins with his bad deeds taking the form of a repulsive looking man and an opening through which he can see the ugliness of Hell.

Reward and punishment are mighty motivators and the thought of spending an unspecified amount of time being punished even before the Day of Judgment arrives is a fearful thing.

Imagine hearing those words.  This is your abode until Allah raises you on the Day of Resurrection.  This is a moment that could either be filled with joy or despair for the time may be long or short, as Allah wills.  We have been warned and events of that day have been clearly set out for us.  Those of us who are wise will take heed.

How do Muslims view death?

Good people may have your ticket to Jannah

Life after death is the best message of hope