The Reality of the Straight Path

We will expound upon the Straight Path in a succinct manner for the people have explained it in various ways all of them revolving around one essential fact.

The Straight Path is the path of Allah which He has put in place to lead mankind to Him; there is no path to Him other than this one which He appointed upon the tongues of His Messengers. It is to single Him out alone for worship and to single out His Messengers alone for obedience. Therefore none should commit shirk in His worship just as none should commit shirk in the following of His Messenger ﷺ; one should purify his tawhid and purify his following of the Messenger ﷺ, this is the full import of the testification that, ‘None has the right to be worshipped save Allah and Muhammad is the Messenger of Allah.’ All of the various explanations given to the Straight Path fall under these two principles. You must love Him with all your heart, you must try to please Him to the utmost of your ability; there should not be any area of your heart except that it is overflowing with love of Him and you should have no desire except to please Him. The first point is realised through actualising, ‘None has the right to be worshipped save Allah’ and the second point is realised through actualising, ‘Muhammad is the Messenger of Allah.’

This is guidance and the religion of truth, this is knowing the truth and acting upon it, this in turn is knowing what He sent His Messenger with and living by it. All definitions revolve around this essential concept. Sahl ibn `Abdullah said, ‘Stick to the narrations and Sunnah for I fear that soon will come a time that when the Prophet ﷺ and the importance of following him in everything is mentioned, the people would censure the person who says this, cause others to flee from him, disassociate themselves from him, humiliate him and disgrace him.[1]

Tirmidhi #76 records on the authority of Nawwas ibn Sam`an that the Messenger of Allah ﷺ said,

 Allah has set forth the following as a parable: there is a road that leads straight to the destination. On either side of the road there is a wall in which there are open doors with curtains hanging on them. From the remote end of the road, a voice calls, ‘Proceed straight and do not turn aside.’ Whenever someone intends to lift a curtain from the door another voice calls from above, ‘Beware! Do not lift the curtain, otherwise you will be lured inside.’

Know that the one who Allah loves, is loved by everyone 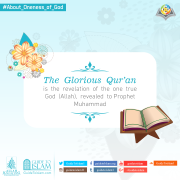