Islam is not a man-made philosophy or religion. Its teachings come directly from the Creator. It is the guidance that the Creator, via His Mercy, has bestowed upon humankind.

In reality, God can be the only one who knows how He is to be worshipped. He is the only one who knows what way of living is pleasing to Him. Philosophers and others may ponder over this question of what way of life is pleasing to God but, in reality, the details of that way of life are beyond the scope of human reasoning and experimentation. What humans, independent of revelation from God, declare to be the best mode of worshipping God is not what is necessarily most pleasing to God but only most pleasing to the individual who devised it. Thus, only God knows, for example, the manner by which one should pray to Him.

Truly, the religion with Allah is Islam (submission to Him)

And whoever seeks a religion other than Islam, it will never be accepted of him, and in the Hereafter he will be one of the losers

This point cannot be overemphasized. The ultimate question must be: What is acceptable and pleasing to God? No one can seriously claim with any real proof that any path other than that based on Allah's guidance is pleasing to Him. Such a claim would be baseless and absurd. 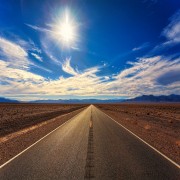