The Rights of Non-Muslims in Islam (part 2 of 13): Non-Muslim Residents

There is much talk these days about the allowance Islam gives to the existence of other religions in the world.  Some of the opinion that Islam orders that Muslims fight the world until everyone becomes Muslim, creating ill feelings without actually knowing what the religion actually says in this regard, much more the existence of non-Muslims within an Islamic country.

In terms of residence within Muslim society, non-Muslims are classified into three types.  To understand these types will deepen one’s understanding of the relationship between Muslims and peoples of other faith in an Islamic society:

Muslim jurists use the term ‘ People of the Covenant ’ (Arabic ‘dhimmi’  or ‘Ahl ul-Dhimma’ ) to refer to non-Muslim residents.  It is not a derogatory term, as some have made it seem.  In Arabic language the word ‘dhimma’ means a treaty of protection for non-Muslims living in Muslim territory.  A similar term, ‘Ahl ul-Dhimma’ , means ‘People of the Covenant ,’ because they are protected under the covenant extended to them by Prophet Muhammad and the Muslims.[1]  Non-Muslims are guaranteed protection in the Muslim society as long as they pay a head tax and abide by the specific legislations mentioned in Islamic Law.  This covenant of protection is not limited to a specific duration; rather, stays in effect as long as those with whom the covenant is made abide by its conditions.[2]  The good intent behind the term ‘dhimmi’ can be seen in the letter written by the Caliph Abu Bakr as-Siddiq[3] to the non-Muslims of Najran:

‘In the Name of God, the Beneficent, the Merciful.  This is the written statement of God’s slave Abu Bakr, the successor of Muhammad, the Prophet and Messenger of God.  He affirms for you the rights of a protected neighbor, in yourselves, your lands, your religious community, your wealth, retainers, and servants, those of you who are present or abroad, your bishops and monks, and monasteries, and all that you own, be it great or small.  You shall not be deprived of any of it, and shall have full control over it…’[4]

Another example is the statement of a famous classical scholar of Islam, Imam Awza’i[5]  in his letter to the Abbasid governor Salih b. ‘Ali b. Abdullah about the  People of the Covenant, "They are not slaves, so beware of changing their status after they have lived in freedom.  They are free People of the Covenant."[6]

‘In contrast to the Christian Empire, which attempted to impose Christianity on its subjects, the Arabs extended recognition to religious minorities, and accepted their presence.  Jews, Christians, and Zoroastrians were known to them as the People of the Covenant; in other words, the nations who enjoyed a protected status.’[7]

1) The residents of non-Muslims countries who are at peace with Muslims through specific peace agreements, international treaties, or other mechanisms, who temporarily come to Muslim countries for work, education, business, diplomatic missions, and so forth.  Muslim jurists refer to them in Arabic as mu’aahadoon, which means, "those with whom there is a pact".

2)  The residents of non-Muslims countries with whom Muslims do not have a pact of peace, or who may be at war with Muslims, who temporarily come to Muslim countries for work, education, business, diplomatic missions, and so forth.  Muslim jurists refer to them in Arabic as musta’minoon, which means, "seekers of protection".

All classes have general rights common to them, and exclusive rights specific to each group.  We will limit our discussion mostly to the most general, common rights to avoid excessive details.

The General Rights of Non-Muslims

The expression "human rights" is relatively new, having come into everyday usage only since World War II, the founding of the United Nations in 1945, and the adoption by the UN General Assembly of the Universal Declaration of Human Rights in 1948.[8]  Although its emergence in international law is a relatively recent development, the idea of human rights itself is not new.  If one were to study and compare the Universal Declaration of Human Rights to the human rights granted by Islam 1400 years ago, one can clearly see the level of high moral ground achieved by Islam before the Universal Declaration.[9]  This moral standard did not come as a result of human intellectual endeavor.  The source of Islamic morality is God.  The divine standard provides true comprehensiveness and depth in human needs.  It provides for everything that benefits the human race and shields it from any harm.  Objective study is likely to conclude, ‘there is no religion or moral code on earth that has given more generous attention to faithfully affirming these rights than Islam, detailing them, clarifying them, and expressing them.’[10]

The Shariah, which is the legal and moral code of Islam, does not confine itself to giving rights to Muslims only.  One of its distinguishing features is that non-Muslim share many of these rights.  As a matter of fact, the general principle is that non-Muslims have the same rights and obligations as Muslims.[11]  This aspect of religion is unique to Islam, and perhaps has not been attained by any other world religion.  If we look at Christianity, for example, Professor Joseph Heath of the University of Toronto, says, ‘It should go without saying that you can scour the Bible and not find one single mention of "rights."  You can also pick through the following 1500 years of Christian thought without finding any rights.  That’s because the idea is entirely absent.’[12]

Non-Muslims have many rights in Islam.  We will limit our discussion to the most important of them, such as the freedom of belief, right to work, housing, freedom of movement, and education.

The Harmony between Laws of the Universe and Islamic Law

Promise of reward in afterlife 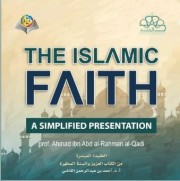