The Prophet Muhammad (peace and blessings of Allah be upon him) said, “Islam is built upon five [pillars]: testifying that there is none worthy of worship except Allah and that Muhammad is the Messenger of Allah, establishing the prayers, giving the Zakat, making the pilgrimage to the House and fasting the month of Ramadaan.”  Here, the Messenger of Allah (peace be upon him) has given a parable in which he gives a picture of Islam like that of a house. The foundations or pillars of the house are five.

These actions are what are known as the “five pillars of Islam.” The first pillar, the declaration of the testimony of faith, was discussed earlier. Hence, this chapter is devoted to a discussion of the other four pillars. Before discussing each pillar separately, a couple of introductory points need to be made.

First, all of these ritual acts have both an outward or physical aspect and an inward or spiritual aspect to them. The scholars have emphasized that before any act of worship is acceptable to Allah, it must meet two conditions: (1) The act must be proper and correct according to Allah’s guidance and (2) the act must be done solely and purely for the sake of Allah. Allah states, for example,

“So whoever hopes for the meeting with his Lord, let him work righteousness and associate none as a partner in the worship of His lord”

This is in reference to the only type of deed that Allah will accept. The deed must be in accordance with the Sunnah of the Messenger of Allah (peace be upon him) and done solely for the Countenance of Allah. A doer cannot possibly fulfill both of these conditions unless he has knowledge. If he does not know what has been narrated from the Messenger of Allah (peace be upon him), then he cannot intend that. If he is not knowledgeable of whom he worships, he cannot intend Him alone in his deeds. If it were not for knowledge, his deed could not be acceptable. It is knowledge that guides to sincerity and purity and it is knowledge that indicates what is the actual following of the way of the Prophet (peace be upon him).

Allah asks of His servants purity in their hearts. Although this purity is reflected in the deeds itself, it is the purity that is the key to Allah being pleased with a certain deed. Allah created death and life in order to test humankind to see who are the best in deeds. He did not create humankind and test them to see who performs the most deeds with the least quality.

“Blessed is He in whose Hand is the dominion, and He is the One who Decrees all things, Who has created death and life, that He may test you which of you is the best in deed. He is the All-Mighty, the Oft-Forgiving”

Commenting on this verse, al-Fudail ibn Iyaad stated that “best in deeds,” means the most pure and most correct. He stated, “If a deed is sincere and pure but not correct, it is not accepted. If it is correct but not pure, it is not accepted. [It will not be accepted] until it is both pure and correct. It is pure if it is solely for the sake of Allah and it is correct if it is according to the Sunnah.”

Second, these ritual acts are indeed acts of worship in themselves yet, at the same time, they should have a lasting influence on the individual. The Muslim, for example, should not complete the prayer and not have that prayer have any effect on his behavior and actions. In the hadith quoted earlier, the Prophet (peace and blessings of Allah be upon him) stated that Islam is built upon these ritual pillars. That means that they form a foundation—a foundation that support an entire life based on the concept of submission to Allah alone. 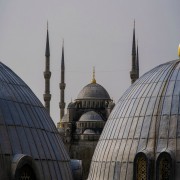 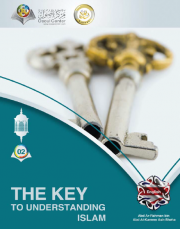 The Key to Understanding Islam 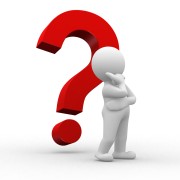