The Sound That Never Halts in Muslim Cities

When someone takes a stroll in any Muslim city of the world, he/she can’t help but to notice the mosques with their long minarets and the call that radiates from them amongst the bustling city, full of life.

It is as if this call is the indicator of the wheel of life and the scale used to measure people’s livelihoods. Gérard de Nerval states in his book, Voyage to the Orient,

“The very first time I heard the harmonic and flawless sound of the caller to prayer, I was totally overtaken by an indescribable feeling. I asked the translator: What is the caller saying? He replied: He is announcing that none is worthy of worship other than God. I then said: What is he saying next? The translator replied: He is calling the asleep to wake up by saying, ‘Thee who sleeps be dependent on He Who is Ever- Living and doesn’t sleep.’’’ So what is this call, and what is its story? 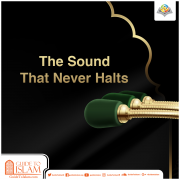 Athan (The Islamic Call to Prayer) - By Sheikh Farooq Hadrawi 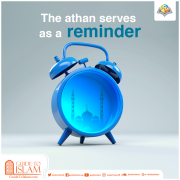 The Athan serves as a reminder