The Sunnah: A Unique History

How is it that the statements and traditions of Prophet Muhammad, which he said fourteen centuries ago, remain safe of any distortion or alteration?

This is a frequent question which some people ask to learn and others only to raise doubt.

Well, we need first to correct the question:

The Prophet’s sunnah, which is the name given to his statements and traditions, attained the pinnacle of its journey of recording, represented in the anthologies that we have today in little over two centuries after Prophet Muhammad had passed away. The question is: How can the Prophet’s statements be transmitted across these two centuries? Let me first ask a simple question:

Can this giant iron chain extend to two hundred metres without breaking? The rational answer is that it can.

If a specialist makes absolutely certain that all its rings are well connected, no one can rationally assume that it is broken, without clear evidence.

The sunnah has a similar chain, which is called the chain of transmission, or in Arabic sanad al-hadith.

Across the centuries, thousands of scholars have dedicated their lives to ensure that those rings of the chains of transmission are closely interlinked. Everyone who narrated even a single word, attributing it to Prophet Muhammad, has been carefully examined. Thus a unique discipline of study flourished in Islamic civilisation, which is known as ‘Narrator Study’. It focuses on the study of the life of every narrator of hadith, from childhood until death: where each one lived? under whom did he study? from whom he learnt the hadiths he narrated? to whom he narrated them? when and where did he narrate? where was his circle? Etc. Not only so, but this discipline also studies the characters of Hadith narrators, their styles of life, their social behaviour, how they earned their living, etc. One question is most prominent and a clear answer is always required: Was this narrator ever known to have uttered a lie of any sort? Other questions included: was the narrator known to have committed a sin? Was the narrator known to be honest and a person of high integrity? Did the narrator have a good memory? What was he like in old age, with respect to his memory and hadith narration?

Hadith scholars specialised in the study of its narrators ask many other questions, but their questions may be classified under two main headings: The accuracy and the reliability of each narrator.

This discipline of narrator study examines the details of the life of every narrator, so as to make sure that the chain of transmission of each hadith or statement attributed to the Prophet has been thoroughly checked, according to the well-established and strict standards. This discipline is also known as al-jarh wal-taadil, which means: ‘rejection and acceptability’, because scholars did not hesitate to reject any narrator whose reliability and accuracy could not be established. They did so because they had a higher aim, which is to protect the Prophet’s statements and traditions from any distortion or alteration.

Yet Hadith scholars went further. They studied what was reported by narrators whose accuracy and reliability have been established, and they compared their reports. They set aside what is reported by a single narrator, without being endorsed or confirmed by another narrator. They also discarded a hadith where a reliable narrator states what is at variance with what is reported by narrators considered to be of a higher standard of reliability. Here we see the fine tuning of this study: narrators who have been subjected to the strict standards of acceptability, and were classified as reliable, were further classified according to their standards of accuracy and perfection. Hence, we are not surprised to learn that Hadith scholars have more than forty terms, with different meanings and significance, describing the status of a hadith, its text and narrators. We have, for example, hadiths that are described as false, fabricated, lacking in authenticity, peculiar, odd, good, authentic, etc.

Of all these grades, scholars chose the hadiths that meet the conditions of having a reliable and complete chain of transmission. They studied the texts of these hadiths before declaring a hadith as authentic. Since these conditions ensuring the continuity of a chain of transmission are truly stringent, they ensure that no false statement can be attributed to the Prophet Muhammad (peace be upon him). Hence, out of several hundred thousand statements we have only a few thousand that are ruled authentic, according to the standards established by Hadith scholars.

Hadith scholars produced anthologies of authentic hadiths. The best known and most important of these are:

Hadith scholars also produced several other types of anthologies, some of which are specialised in different areas. They also provide the tool that enables researchers to place each hadith in its special category. The most important of these works are:

Bearing all this in mind, is it acceptable that a person who has little or no knowledge of Hadith study can arbitrarily decide what to take and what to discard of God’s religion?

As for him who, after guidance has been plainly conveyed to him, puts himself in contention with God’s Messenger and follows a path other than that of the believers – him shall We leave to that which he himself has chosen, and shall cause him to endure hell. How evil a journey’s end 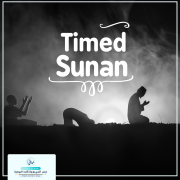 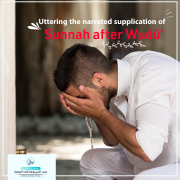 Teachings of Prophet Muhammad (part 1 of 2)