·       To understand the importance of the Testimony of Faith.

·       To understand the meaning of the Testimony of Faith.

·       Tawheed - The Oneness and Uniqueness of Allah with respect to His Lordship, His Names and Attributes and in His right to be worshipped.

The core of the religion of Islam is the attestation to two phrases:

These two phrases are known as the Shahadah, or Testimony of Faith. Through the belief and attestation of these two phrases one enters the fold of Islam. It is the central belief that a believer maintains throughout his life, and is the basis for all his beliefs, worship and existence in this world.

Every Muslim, including someone new to Islam, has to understand the meanings of these two phrases, and try to live his life accordingly.

The Importance of the Testimony of Faith

This Testimony is by far the most important aspect of the religion of Islam, upon which the whole religion is built. Islam is the only true monotheistic religion, stressing that no worship should be directed to any other except Allah. It is a way of life in which a person obeys and worships the orders of Allah and none else.

This Testimony of Faith (Shahadah) reminds us of our purpose in life, which is the worship of Allah alone.

And I have not created neither jinn nor humans, except to worship Me Alone

The message of the Oneness of God (Tawheed) found in the Testimony was not particular to the message of Prophet Muhammad, may the mercy and blessings of Allah be upon him. It was the universal message of all Prophets of Allah. Since the dawn of humanity, Allah sent Messengers to every people and nation, commanding them to worship Him Alone, and to reject all false deities.

And indeed We have raised amongst every nation a Messenger, [commanding them] ‘Worship Allah, and reject all false deities

The meaning of each word in the phrase is:

First Part of this phrase: Rejection

‘There is no god (deity)’… Here, god with a small case ‘g’ is anything which is worshipped. Many people have taken things in creation as their gods and deities, but they are all false and are wrongfully worshipped, meaning that they have no right to that worship, nor do they deserve it. This rejection extends to all superstitions, ideologies, ways of life, or any authority figures who claim divine devotion.

Some people imagine the Divine Kingdom of God to be like earthly kingdoms. Just as a king has many ministers and trusted associates, they imagine ‘saints’ and minor deities to be our intercessors to God.  They take them as agents through whom God is approached. In truth, there are no intercessors in Islam, nor any class of clergy to whom one must ‘confess’ their sins to be forgiven. A Muslim prays directly and exclusively to God. We also reject superstitious practices such as astrology, palm reading, good luck charms, and fortune-telling.

Second Part of this phrase: Affirmation

‘Except Allah’… After denying the right of any created being to be worshipped, the Testimony affirms divinity for Allah alone, with ‘…except Allah.’

Allah, in the Quran, mentions in many places that all things which people take as objects of worship besides Allah do not deserve any worship, nor do they have any right over it, as they themselves are creations and have no power to bring any benefit.

Yet they have taken besides Him other gods that created nothing but are themselves created, and possess neither hurt nor benefit for themselves, and possess no power (of causing) death, nor (of giving) life, nor of raising the dead.

The Meaning of Muhammad rasoolu Allah

The meaning of each word in the phrase is:

And therefore this phrase means, “Muhammad is the Messenger of Allah”.

By testifying to this fact, one affirms that Prophet Muhammad is in fact a Prophet and Messenger raised by God, amongst mankind to deliver the message of God, as were other Prophets and Messengers. Attesting to this fact implies a multitude of meanings. These include:

1.  To believe that he was the last Prophet and Messenger.

2. To believe that he delivered the message of Allah faithfully just as he received it without any deficiency. Allah says:

This day, I have perfected your religion for you, and completed My Favor upon you, and have chosen for you Islam as your religion

3. To believe that he was a Prophet to all mankind.

Say: O humanity! I am Allah’s Messenger to you all

4. To believe that everything he said about the religion was revealed from Allah. He is to be taken as an example and obeyed without reservation as he speaks in the Name of Allah and obeying him is obeying Allah.

“He does not speak from his own desire, it (his speech) is only a revelation inspired [to him].

He who obeys the Messenger, obeys Allah...

5. We must worship Allah according to the law brought by him. He abolished all previous laws including the Mosaic Law.

And whoever desires a religion other than Islam, it shall not be accepted from him, and in the Hereafter he shall be one of the losers.

6. Prophet Muhammad is to be loved and honoured.  Knowing about his morals, his sacrifices for spreading monotheism, and patience with his opponents all increase one’s appreciation of him.  The more we learn about his life and characteristics, the more we will increase in our love for him.

In summary, the testimony Muhammad rasoolu Allah means obeying Prophet Muhmmad in what he commands, believing him in what he informs, shunning what he has prohibited, and worshipping Allah alone the way he instructed us.  These matters are not restricted to a certain people or to a specific time. 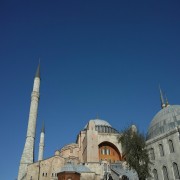 The Increase or Decrease of Faith 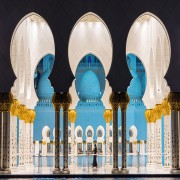 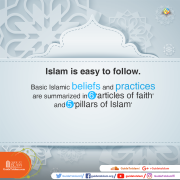