The Prophet Muhammad is the final messenger and it is inconceivable knowing the mercy of the merciful that He would leave humans without any form of clear guidance. In other words, what He gave this final message must be suitable to guide mankind after him. In fact, the Prophet himself made this very same point in essence when he said, “I have left with you two things that if you cling to them you will never be misguided after me: The Book of Allah and the Sunnah of His Messenger.”

Say [O Muhammad], ‘O Mankind, indeed I am the Messenger of Allah to you all

This implies that the Prophet’s teaching and his Sunnah are valid and obligatory upon all of mankind. That is, his example and teaching was not simply for the people of Arabia at his time. Instead, it is just as valid and just as important for each and every Muslim today, whether he be in New York or Malaysia.

Someone may logically ask: How is it that this Law is able to fulfill the needs for all of humankind until the Day of Judgment? The answer has to do with the beauty of the Law. When one studies the law promulgated by the Prophet Muhammad (peace and blessings of Allah be upon him) one finds that it has the needed elements of flexibility that allow it to be just as practicable today as it was during the time of the Prophet.

First, in reality, the nature of humans actually do not change over time. Therefore, worship, which is the foundation of a human's character, does not need to change. These laws are fixed until the Day of Judgment.

Secondly, there are some harmful matters that humans must avoid. These have also been explicitly and permanently forbidden. Beyond that, humans need only some detailed laws and many general principles that allow them to guide their lives in all times and places. This is exactly what Islamic Law provides for them.

In essence, those issues that need be fixed and permanent are made such by the Islamic Law. Those that need to be flexible so that different peoples at different times may apply them differently are left flexible in the Islamic Law. Hence, it is a Divinely guided way of life that is suitable and practical for all humans until the Day of Judgment. For example, in business dealings, interest is prohibited forever.

In addition to that, general guidelines are given. However, the guidance is such that when new forms of business dealings are developed, as in modern times, one can determine which are acceptable according to Islamic guidelines and which are not. Thus, Islamic Law has been proven to be feasible for over 1400 years and, according to Islamic beliefs, will continue to be feasible until the Day of Judgment.

This means that the guidance is complete. It is all that the Muslims need for happiness in this world and in the Hereafter. It cannot be improved upon. It is, therefore, in no need of additions, alterations or deletions. For this obvious reason, the Prophet (peace and blessings of Allah be upon him) gave very strong warnings about innovations and heresies. Such things are not needed at all and they will simply take away from the beauty and perfection of Islam. 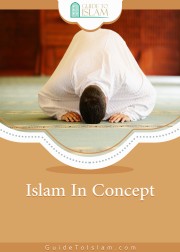 Cooperative Office for Call and Guidance in Sulay 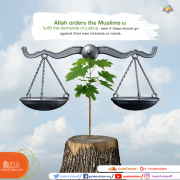 Allah orders the Muslims to fulfill the demands of justice