God’s Challenge to Create a Fly or to Get back Something It Takes.

To humans, the fly is weak and despicable, but from the Creator’s viewpoint, it is one of His inimitable creations that poses as a timeless sign and challenge, as described in the Qur’an:

“O humankind! A similitude has been coined, so listen to it carefully: Verily, those on whom you call besides God cannot create (even) a fly, even if they were to combine together for the purpose. Rather, if a fly snatches away a thing from them, they have no power to recover it from the fly. Weak indeed are (both) the seeker and the sought!”

1-The 360-degree all-round vision: The fly is a marvel of creation; its wings beat 500 times per second and, as a result, it has a glorious flying ability. Even more amazing are its eyes, each one of which has thousands of extraordinarily complex lenses. A fly has compound eyes on both sides of its head, each of which is divided into 4,000 sections, each of which, in turn, has a lens that perceives an image from a slightly different angle. When a fly looks at a flower, the full image appears separately in each of its 8,000 lenses. When these images reach the brain, they combine together like the components of a jigsaw puzzle. As a result, an image that is highly significant for the fly emerges. (How Come? Planet Earth, Kathy Wollard, Workman Publishing, New York, 1999)

2-Gravity-defying footwear: Flies have two soft, sticky pads on each foot, called pulvilli, covered with tiny hairs. These pads permit the fly to not only suspend itself upside down, but also to walk with ease on smooth, upright or upside-down surfaces. Each foot is also equipped with a pair of large counteracting claws to help pull the foot free.

5-Anything a fly snatches away is, moments later, converted into something else: Flies can only ingest liquids, but they can turn solid foods into liquid matter by spitting or vomiting on it. Acids in its vomit dissolve the food so the fly can suck it up. Even the world’s most advanced laboratories and scientists working together could not bring it back to its original state. 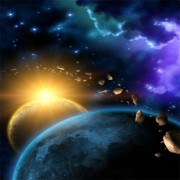 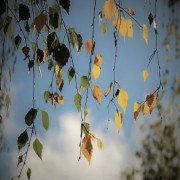 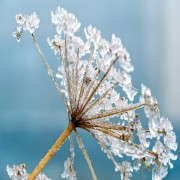